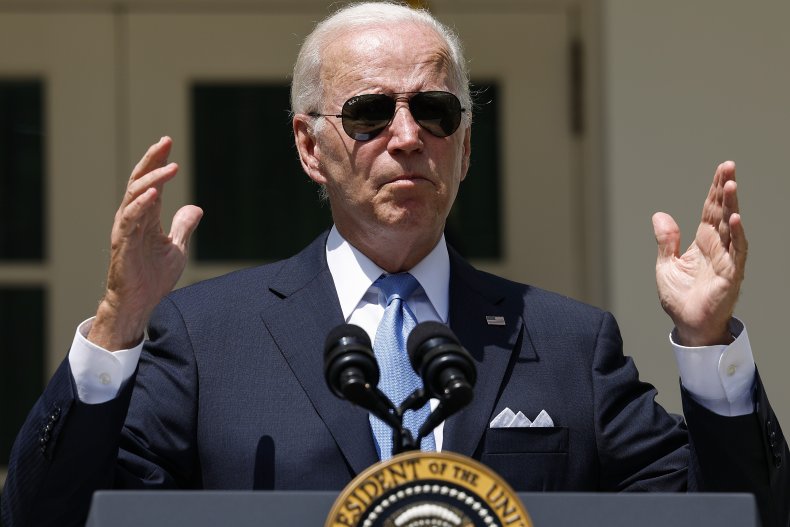 President Joe Biden has been mocked by late night TV hosts for his latest gaffe and his poor approval rating.

Joe Biden delivered a speech from the White House Rose Garden after testing negative for COVID yesterday. However, his mispronunciation of the antiviral medicine to treat COVID, Paxlovid, has resulted in ridicule.

The mockery from late night hosts Stephen Colbert and Jimmy Fallon, who have in the past ignored or made light of the blunders of the president, ultimately highlight a trend among comedians to joke more about Biden as he becomes less popular.

“The Food and Drug Administration (FDA) even put in a special rule so many pharmacists can prescribe this particular drug,” Biden said.

“So you don’t even have to go to the doctor to get a prescription.

“Millions of Americans have used Paxlovoid…Paxlovid, excuse me. Paxlovid. I’ll tell you what, I think I… I used it,” Biden said while stuttering and laughing.

Stephen Colbert joked about Biden’s blunder during his show on Wednesday night, while also going on to do an impression of the president.

After playing the clip, Colbert launched into his impersonation of the president while wearing aviator sunglasses.

“I took me some Plaxivoid, the Plaxivid, the platypus polish, I took it. The point is that little pill knocked the Clovis right out of my bread basket,” Colbert said.

“Now I am easy breezy breathing…where am I?”

During his show on Wednesday, Jimmy Fallon had a shorter bit mocking the president.

After playing Biden’s blunder, Fallon looked confused at the camera before mockingly saying “welcome back, Mr president, welcome back.”

According to a recent CNN poll, 75 percent of Democrat and Democratic-leaning voters want to see the Democrats nominate a candidate other than Biden for the 2024 presidential election.

Twenty-four percent of respondents who said they were Democrats or Democratic-leaning voters said they thought the party should seek another nominee because they don’t think Biden can win in 2024.

That is an increase from polling in January and February, when 18 percent of respondents said they thought Biden couldn’t win a second term.

“Now that the president is over Covid he can…