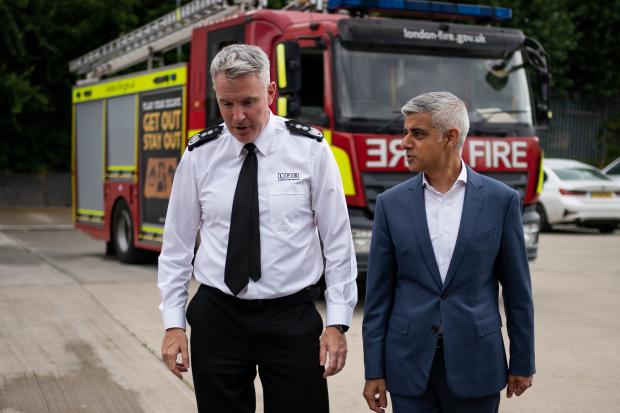 The City of London has said the funding will be targeted at the areas with low number of trees and where people are at the most vulnerable to climate change.

“The climate emergency is the biggest global threat we face today and we know that it doesn’t impact all Londoners equally, with communities suffering poverty, deprivation and health inequalities more likely to experience the worst effects of flooding, overheating and poor quality air.

“As Mayor, I will continue my bold action to preserve and increase tree coverage across the capital as we build a better, greener and more sustainable London for everyone.”

The news comes just a week after the head of London Fire Brigade, Andy Roe, said the fires in the capital last week were unprecedented: “I saw stuff this week that I had not expected to see as a London firefighter.”

The fire service saw its busiest day since the Second World War as a result of the extreme temperatures, with crews attending 1,146 incidents in a single day.

The Mayor’s project is an attempt to reduce an “urban heat island” effect, whereby heat in cities is intensified by a lack of trees and greenery.

A “climate vulnerability map” revealed by Mr Khan found that areas of London with black, Asian and minority ethnic populations of more than 50% were more likely to face higher climate risk – including flooding, toxic air, heat risk and limited access to green space.