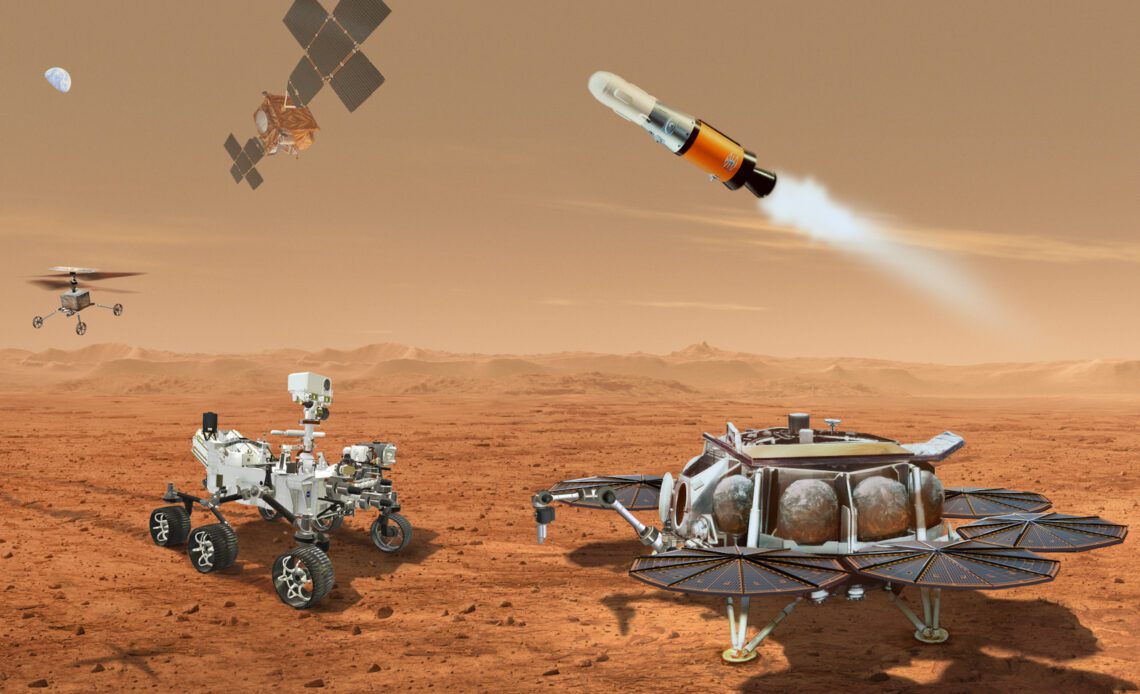 NASA has altered the Mars Sample Return Program meant to bring back the rock samples the Perseverance rover has been drilling and collecting from the Jezero crater in a big way. Instead of sending the Sample Fetch Rover to the red planet like originally planned, the program will make use of Perseverance itself and send over two helicopters based on the Ingenuity for backup.

NASA and the ESA have been working together on the Sample Return Program over the past few years. The original plan was to send over the ESA-made Sample Fetch Rover to retrieve the samples and drive them back to a rocket, which will fly them up to be snatched by the Earth Return Orbiter. As The New York Times notes, though, the rover’s design became too big until it could no longer fit in one lander with the return rocket. NASA would have to use one lander for each of them.

But why do that when there are other, more affordable options? The Sample Return Lander isn’t scheduled to arrive on Mars until 2030, but NASA is confident that Perseverance will still be operational by then — after all, the Curiosity rover is still up and running almost 11 years after it launched. Under their renewed plan, the Perseverance will drive up to the lander to deliver 30 rock samples that will be loaded onto the rocket.

If anything goes wrong with Perseverance before then, though, the lander would settle closer to the rover and then the backup helicopters will fly over to retrieve the samples. While the helicopters are modeled after the Ingenuity, they’ll have small wheels at the bottom. These will allow them to drive up to the samples that are sealed inside tubes and pick them up from the ground where the rover has dropped them.

The Ingenuity helicopter completed its first test flight on Mars in April 2021. NASA wasn’t expecting much from the helicopter, which was just supposed to prove that flight on Mars is possible. It was also only supposed to fly a handful of times during a one-month technology demonstration, but it has accomplished 29 successful flights so far, with more on the way. Ingenuity’s success has given NASA another means to retrieve the precious samples Perseverance has been collecting.

“We reached our decision based on new studies and recent achievements at Mars that allowed us to consider options that, frankly,…