Pontoons instead of the Antonivka bridge: a photo appears of the occupiers building a crossing 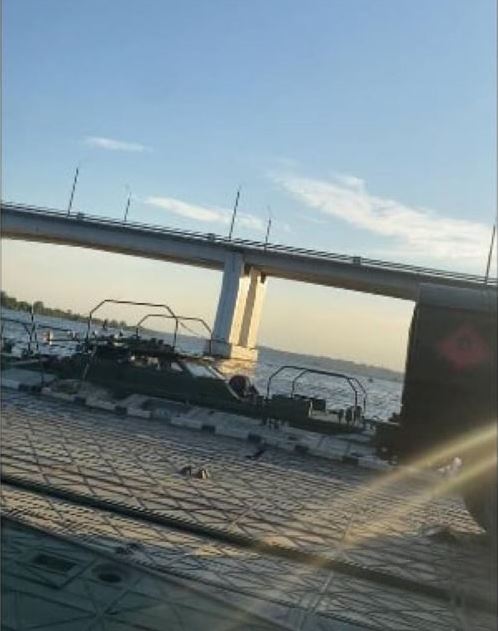 Yurii Sobolevskyi, First Deputy Chairman of Kherson Regional Council, has published photographic evidence of how the Russian occupiers are trying to build a pontoon crossing in Kherson after the Armed Forces of Ukraine damaged the Antonivka bridge with highly precise strikes.

Quote from Sobolevskyi: “Four tugboats pulling pontoons with vehicles will not solve the problem of supplying the Orks’ [Russian soldiers] military group in Kherson. They will not help much with the retreat of the occupying forces either. And there will certainly not be enough space for collaborators when their ‘masters’ are withdrawn from Kherson.”