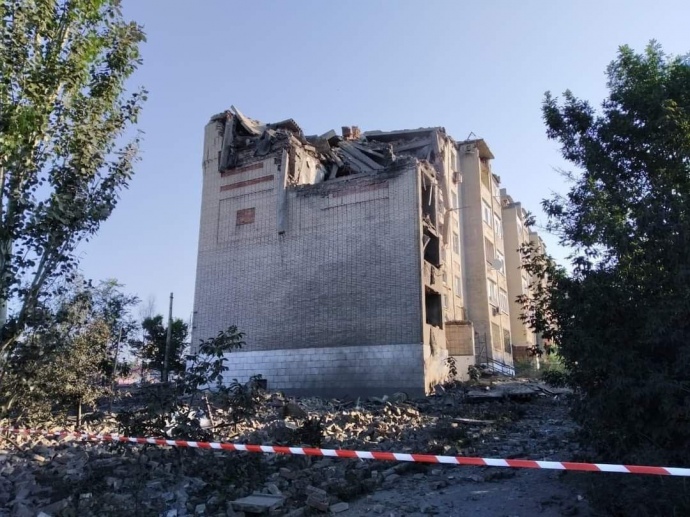 In the morning of 28 July Russian occupiers hit a five-storey apartment building in Toretsk in the Donetsk region killing two people.

Source: the State Emergency Service of Ukraine on Telegram.

Quote: “In the morning, as a result of a Russian attack on the city of Toretsk in the Donetsk region, roofing and floors between the third and fifth storeys of the five-storey apartment block have been partly destroyed.

While conducting a rescue operation the bodies of two victims (a man and a woman) have been found and retrieved.”

Photo by the State Emergency Service of Ukraine

Details: Reportedly three more people (two men and a woman) have been saved. 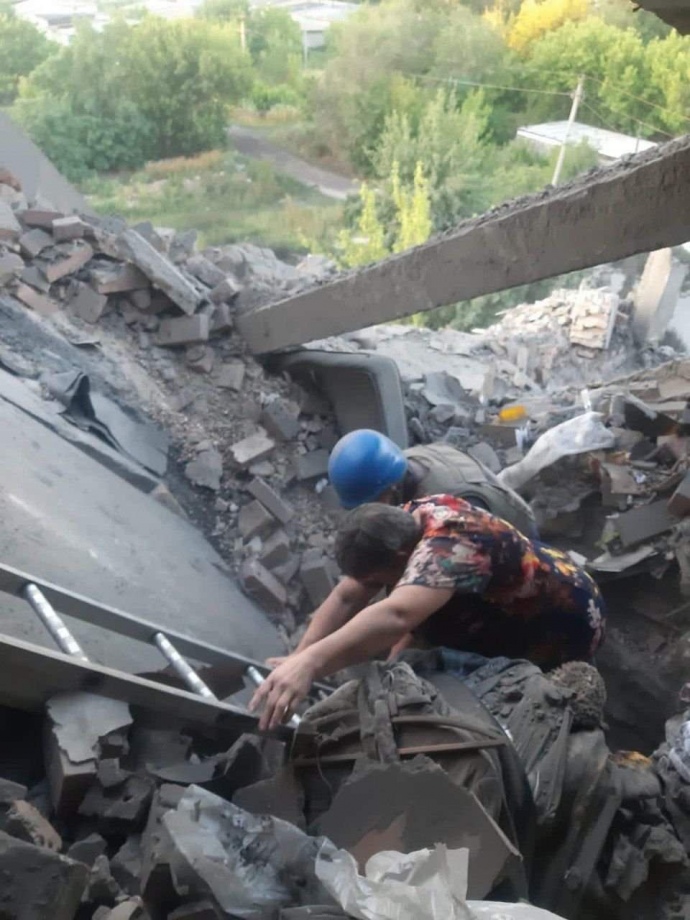 Photo by the State Emergency Service of Ukraine

For now, rescue operations are halted.