See the Viral TikTok as Queen’s Guard screams at tourist 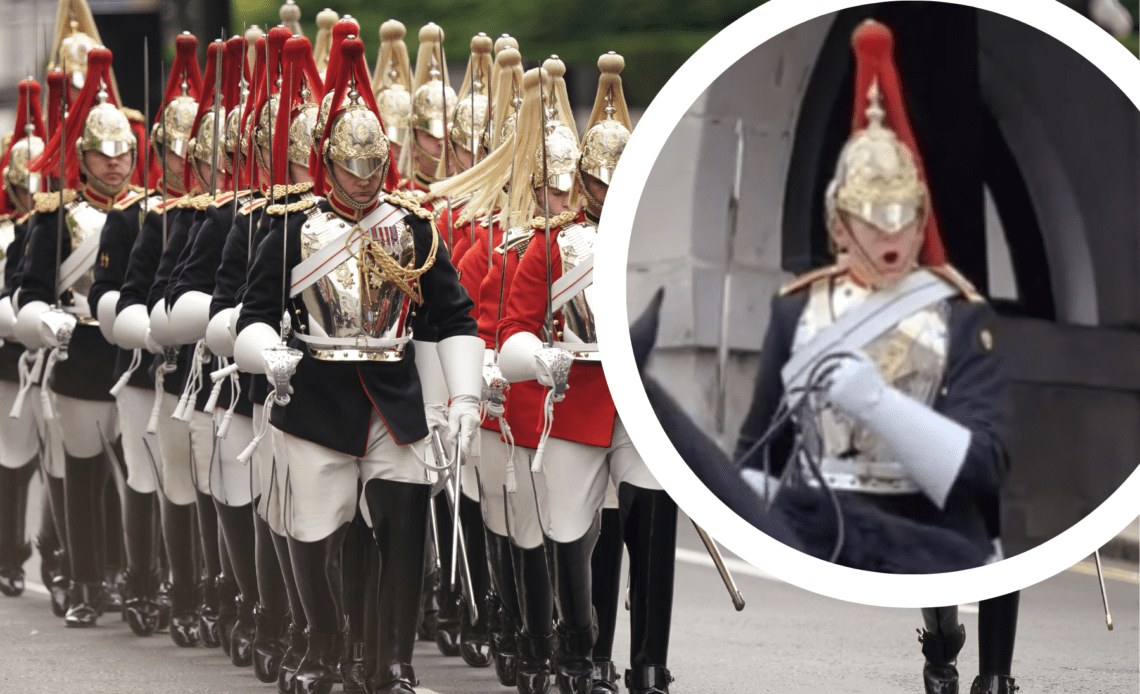 The video shared on TikTok saw a tourist left in shock after the guard shouted at her for touching the horse’s reins.

In the clip, the woman is seen posing next to the horse and guard as she reaches up to hold onto the reins.

The guard watches the woman’s action as he suddenly shouts “Stand back from the Queen’s Lifeguard, don’t touch the reins!”

The now-shocked tourist jumps back as she walks off camera leaving a distressed horse as the guard gets the horse back in position.

Watch the moment a Queen’s Guard screams at a tourist after touching horses reins:

One comment said: “Some people need to learn about Respect. Keep hands to your self.”

Whilst another said: “There should be a sign telling them to leave him alone. it does kinda look like a tourist photo op. There’s already a sign about the horse.”

This was referring to a sign that that horses may bite if touched.

Another TikTok user gave their view too, saying: “Why do people feel the need to touch every damn thing. I’m glad the guard did that.”

But this is not the first time a Queen’s Guard has had to warn tourists of touching reins.

Another video also posted by @busk1976 saw the guard shout at a teenage boy after also touching the reins.

The video showed the horse walk towards the teenager as the guard held him back whilst shouting at the boy.

As the horse makes it way back into position, off camera a shocked young girl can be heard crying.

As one user commented: “What some people don’t understand is the queen’s guards are full-time soldiers.”