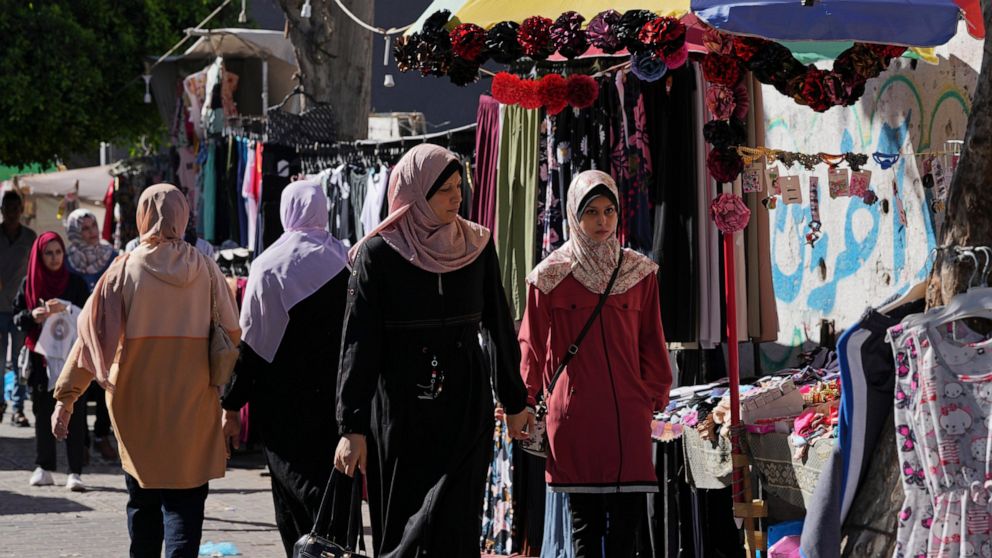 The move by the militant group comes at a time when Gaza’s 2.3 million people are suffering not only from a 15-year Israeli-Egyptian blockade, but also from a new jump in prices caused by global supply-chain issues and the Russian invasion of Ukraine.

“This is a wrong, oppressive decision that destroys the national economy,” said Nahed al-Sawada, who imports clothes from China and Turkey.

A list by the Ministry of Economy includes planned taxes on items like packaged nuts, with an import tariff of 2,000 shekels (nearly $600) per ton. In the past, nuts were imported tax free. The tariff on a ton of toilet paper rose from $90 to $580. The taxes are set to go into effect on Aug. 1.

The list also includes a tax of about $3 on pair of jeans, and $230 on a ton of plastic folders used to store papers. Demand for these items increases ahead of the school year.

Emad Abdelhadi, a representative for Gaza’s union of clothes’ merchants, said a new pair of jeans sells for $3 to $10, and the new tax will pose an unfair burden on struggling consumers.

In a territory suffering from rampant poverty and unemployment approaching 50%, he said many Gazans already look for used clothes. The new taxes, he said, “will deprive them of the ability to buy.”

Gaza’s economy has been hit hard by the Israeli-Egyptian blockade, imposed when Hamas seized power in 2007. Israel says the blockade is needed to prevent Hamas from arming, but critics say the restrictions, which include tight limits on exports, amount to collective punishment.

Hamas’ government is not internationally recognized and Israel and its Western allies consider the group, which opposes Israel’s existence and has in the past staged deadly suicide bombings against Israelis, a terrorist organization.

Israel and Hamas have fought four wars since the Hamas takeover, further straining the territory’s rundown infrastructure. Electricity is in short supply, tap water undrinkable and the health care system is in shambles.

With tens of thousands of civil servants to support, as well as its heavy spending on its military wing, it is no surprise that Hamas is seeking new sources of revenue. Still, the timing is questionable, coming at a time when the Russian invasion of Ukraine has driven up…