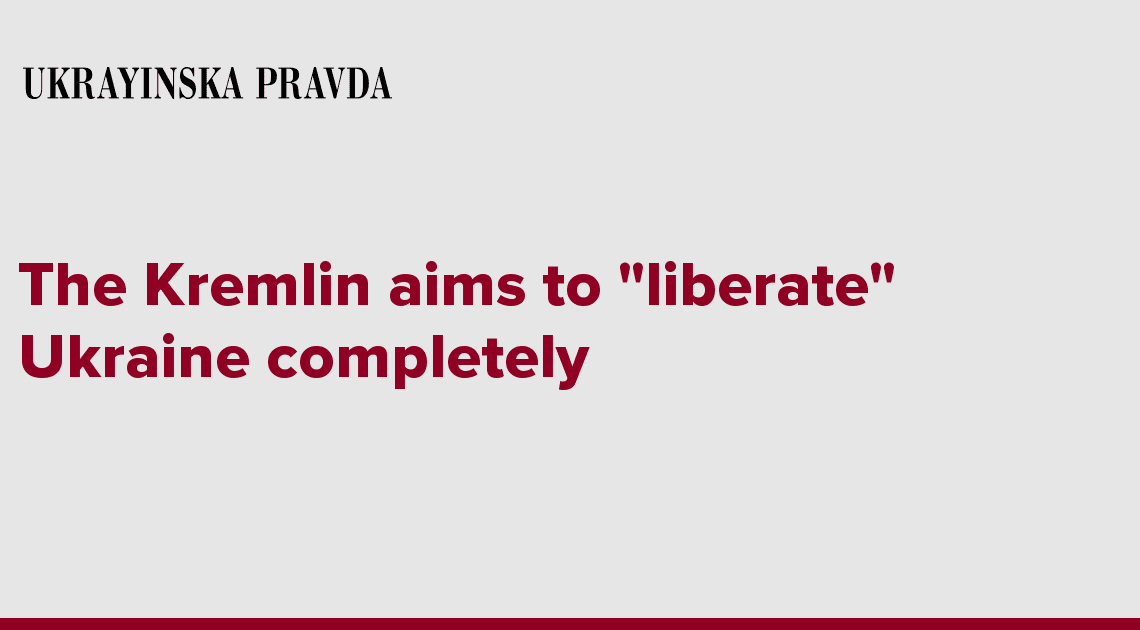 The administration of the president of the Russian Federation confirmed their desire to take over Ukraine entirely, declaring that it “must be completely liberated.”

Quote from Peskov: “The Kremlin supports the attitude that it is necessary to free Ukraine as a whole from all manifestations of neo-Nazi sentiments…

Details: Putin’s spokesperson stated the above in response to Denys Pushylin, leader of the militants of the so-called “DPR,” saying that “the time has come to liberate Russian cities again” in Ukraine.

Peskov also called the publication of American data on the losses of the Russian army in the war against Ukraine a fake: “Nowadays, even the most reliable newspapers do not look down on the spread of all kinds of fakes.”