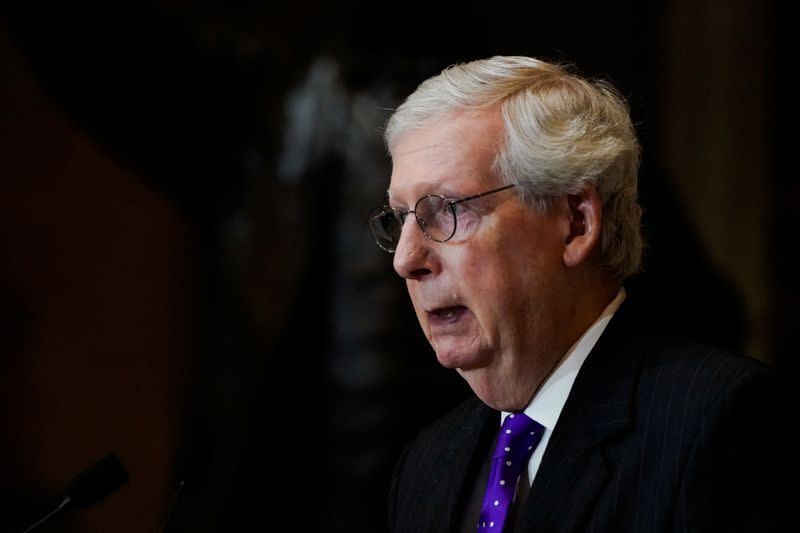 WASHINGTON (Reuters) – U.S. Senate Minority Leader Mitch McConnell told Reuters on Thursday that Republicans will fight a new Democratic drugs and energy bill “as hard as we can”, predicting the legislation would prove to be a disastrous job killer for American families.

McConnell, the chamber’s top Republican, spoke after Democrats huddled in a meeting to weigh the breakthrough $430 billion legislation, which was agreed to on Wednesday by Senate Majority Leader Chuck Schumer and maverick Democratic Senator Joe Manchin.

“What’s happening here is that Manchin and Schumer have reached an agreement that is absolutely horrendous and totally unnecessary given the inflation the Democrats have already created,” the Kentucky Republican said in a brief interview.

“Now they want to pass job-killing taxes, as well as install socialist price controls, which will mean fewer people benefiting from cures. So that’s the issue that we’re headed toward, and it’s an unmitigated disaster for the country and we’re going to fight it as hard can,” he said.