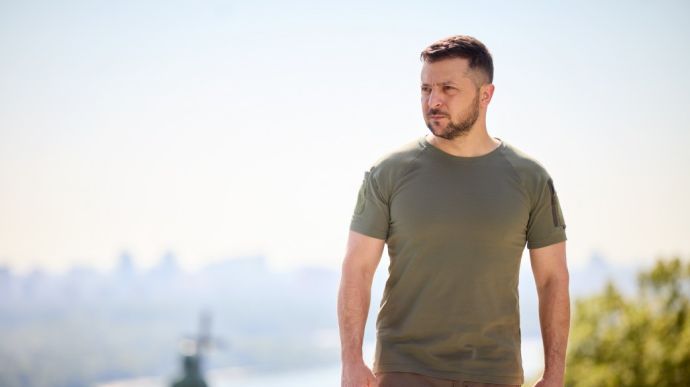 On Statehood Day in Ukraine, President Volodymyr Zelenskyy said that Ukrainians would not give up and would not stop until they liberate the entire territory of Ukraine from the occupation of the Russian Federation.

Quote from Zelenskyy: “The great people of a great country and a great state, that has existed on this land since ancient times, that many people have tried many times to enslave and destroy. And that has not allowed this to be done, by anyone, from ancient times – never.

The history of its statehood goes back thousands of years, but only this year we celebrate, for the first time, the Statehood Day of Ukraine.”

Details: Zelenskyy stated that now Ukraine defends its own statehood with weapons, in war, so that it is clear to the rest of the world that:

“We are not a colony, not an enclave, not a protectorate, not a province, an eyalet or a crown land – not a part of foreign empires, not a constituent land, not a federal republic, not an autonomous region, not a province, but a free, independent, sovereign, indivisible and independent state.”

The Ukrainian state’s origins run back at least fifteen hundred years and it is the successor of Kyivan Rus and the legal successor of the Ukrainian People’s Republic, the president emphasised.

Zelenskyy reminded listeners that throughout this history, Ukrainian’s have fought for this state.

According to the President, Ukrainians are never the first to resort to their weapons, but if attacked, they stand to the last.

Quote from Zelenskyy: “We were, are and will be, because our state has incredible sons and daughters who defend it (…).

For us, to live in captivity is not to live; to be dependent is not to be. Because a non-independent and un-free Ukraine is not Ukraine.

We do not know the word ‘slavery’. It is in our dictionaries, but not in our heads. We will give our last shirt, we will give everything we have, for what is in our heart.

That is why we will…