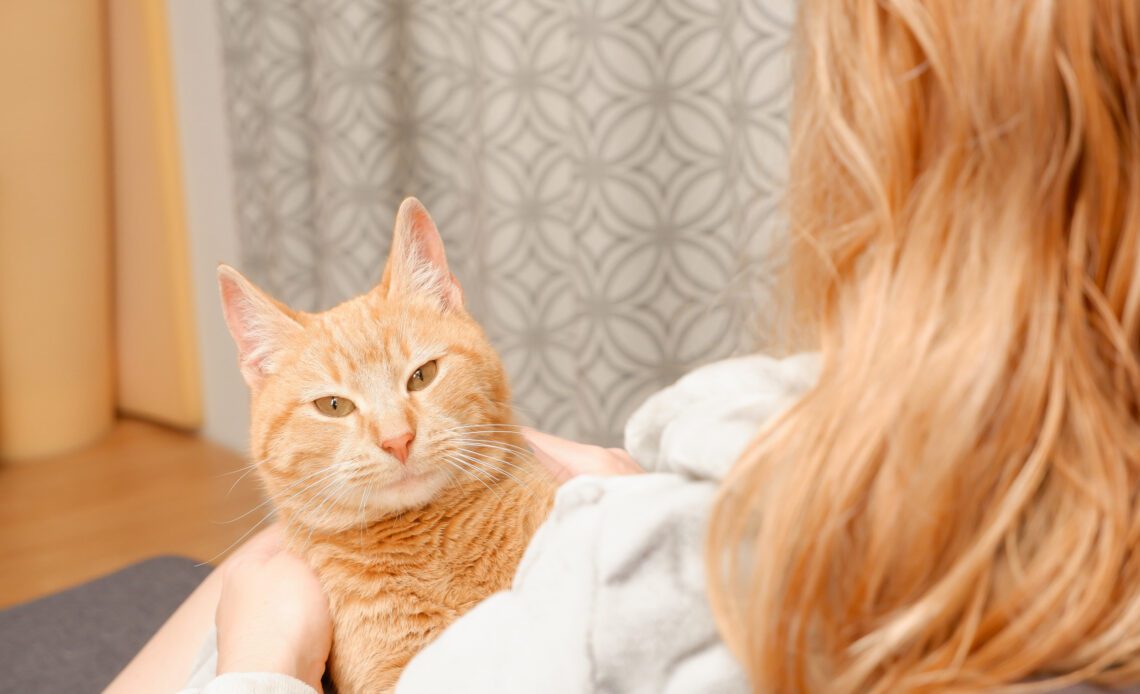 An image of a woman with a cat that appears to resemble them has gone viral on Reddit, where it got over 32,900 upvotes at the time of writing.

The picture, which showed a woman with ginger-colored hair and crystal-like blue eyes holding a cat also with sky blue eyes and ginger fur patches on its face, was shared in a post under the username HopieJewell 12, who wrote: “Someone said me and my cat look alike.”

According to a study of 2,000 cat and dog owners commissioned by Itchpet, the U.K. pet wellness website, just under a quarter (24 percent) of owners have been told they look similar to their pet, while 11 percent said they found themselves behaving in a similar way to their cat or dog, CountryLiving reported in May 2020.

One in 10 (10 percent) of the male owners surveyed thought their cat or dog has the same nose as them.

The study also found that men are most likely to adopt a lookalike pet, with around 16 percent saying they think their pet has similar eyes to them.

Professor Peter Neville, a British animal behaviourist, told CountryLiving at the time: “There is a comfort in seeing yourself look back at you. It’s kind of like a mutual dependency.”

Itchpet co-founder Charlotte Harper said: “As we grow closer to our pets, particularly in difficult times, it’s understandable that we are more likely to look for similarities between them and us.

“This is all part of building relationships, and it brings us closer to our furry friends. From a pet’s perspective, we would hope all pets are treated like one of the family as they should be,” Harpe added.

According to the original poster, the cat was one of the kittens of a stray cat in her yard. She took him “when he was just a white fluff ball.”

The kitten at the time did not have a ginger coat and its eyes “hadn’t formed their definite color yet. Had no idea he was a beautiful flamepoint,” she said, adding “it was a coincidence and a surprise he ended up looking like this.”

In a comment that got 1,300 upvotes, Spacely420 said: “I think it’s the ears,” while lapsangsouchogn said “It’s definitely the ears.”

OP replied: “Really? I was thinking it was the whiskers,” to which Spacely420 said: “That was my 2nd thought but ears stood out more,” in a comment that 203 upvotes.

In a comment that got 409 upvotes, user poison_heart96 said: “She has your eyes,” while heyyassbutt wrote: “Nah it’s definitely the eyebrows.”

In a comment that got 105 upvotes, user Meowgal_80 said: “Ginger and blue eyes unite!!”