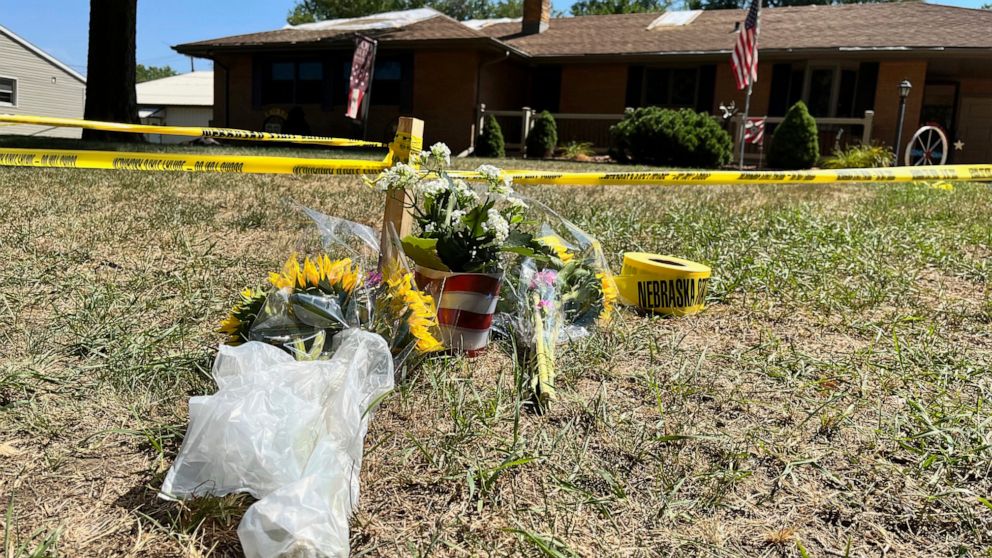 LAUREL, Neb. — Police on Friday arrested a man in the killings of four people in a small northeast Nebraska town where it had been more than 100 years since it last saw such violence.

Around 2:30 a.m. Friday, a police team surrounded the Laurel home of 42-year-old Jason Jones and barged inside, with guns drawn and using flash bangs. Jones’ home is just off the main downtown street in the town of 1,000 people and directly across the street from one of two houses where occupants were shot before the homes were set ablaze, police said.

Jones was so badly burned that he had to be flown to a hospital in Lincoln instead of being booked into jail, Nebraska State Patrol Col. John Bolduc said. Jones was charged later Friday with 10 felonies, including four counts of first-degree murder.

The Nebraska Commission on Public Advocacy — which often handles capital murder cases — was appointed to represent Jones and declined to comment on the case.

Police allege that Jones killed 53-year-old Michele Ebeling early Thursday morning before causing some type of explosion and fire in her home that’s across the street from him. According to police, Jones then went about three blocks south, broke into another home and killed Gene Twiford, 86; his wife, Janet Twiford, 85; and their daughter, Dana Twiford, 55.

Charging documents allege Jones carried out some of the killings in the course of a burglary, but Bolduc declined to give a possible motive for the slayings or say if Jones knew the victims.

Several people in Laurel said they knew little about Jones, other than he had moved into the home within the last few years. Court records say Jones had lived in the Elm Street house since at least 2019. Receipts and a gun left at the scene of the killings were linked to him.

The killings came as a shock to the community that’s about 100 miles (160 kilometers) northwest of Omaha. Despite its small size, Laurel is home to five churches and the Knuckleheadz bar that also serves as the town’s cafe. The last criminal homicide in Laurel happened in 2005, when a man died following a bar fight — and that case was deemed to be manslaughter, not murder.

To find the town’s last known multiple murder, one would have to go back more than 100 years to 1918, when Dr. C.C. Sackett and Harold Crownover were shot and killed by suspected burglars they had been chasing, according to town historian Roger Tryon. Tryon writes a column titled “Pages of History” for the weekly Laurel Advocate.