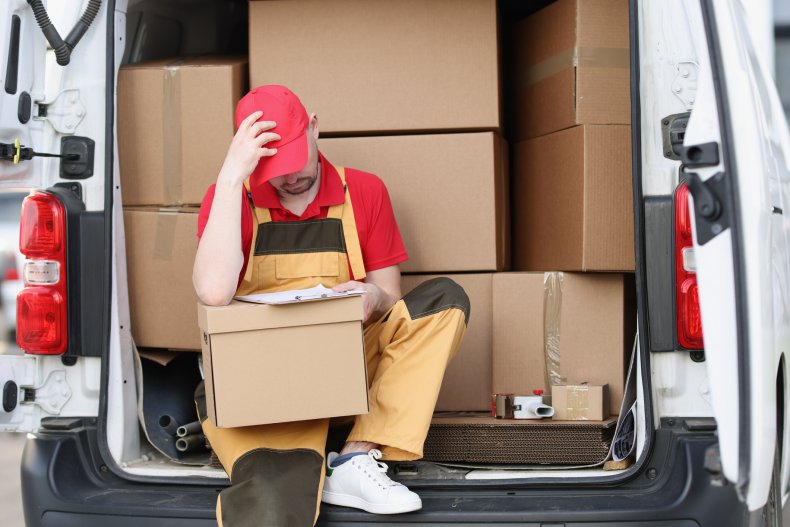 The photos shared by @TeamstersRnF, a multinational trade union, showed thermometers reading 117 degrees Fahrenheit and hotter, with one thermometer reading 150 degrees. This comes as much of the nation is still gripped by extreme heat and droughts. In July, the heat in Arizona claimed the lives of a dozen people in a period of a few weeks.

A spokesperson from the group told Business Insider the images came from UPS drivers in a union in New York.

“UPS drivers are sharing thermometer reads from inside their trucks,” the tweet read. “UPS CEOs would never accept working in 120 or 130-degree offices. Drivers shouldn’t have to either.”

The viral tweet came just weeks after the company addressed concerns after footage of a delivery driver fainting during work in Arizona circulated online. Another UPS driver reportedly died during the job earlier in July, with the family believing heat stroke was a possible reason.

A UPS spokesperson told Newsweek in July that drivers are “trained to work outdoors and for the effects of hot weather….we never want our employees to continue working to the point that they risk their health or work in an unsafe manner.”

On August 5, the National Weather Service issued excessive heat warnings for several states, with warnings about temperatures reaching up to 110 degrees in some areas.

Individuals exposed to temperatures above 130 degrees Fahrenheit are often at risk of heat stroke, which

If someone is exhibiting symptoms of heat stroke, contact emergency services immediately.