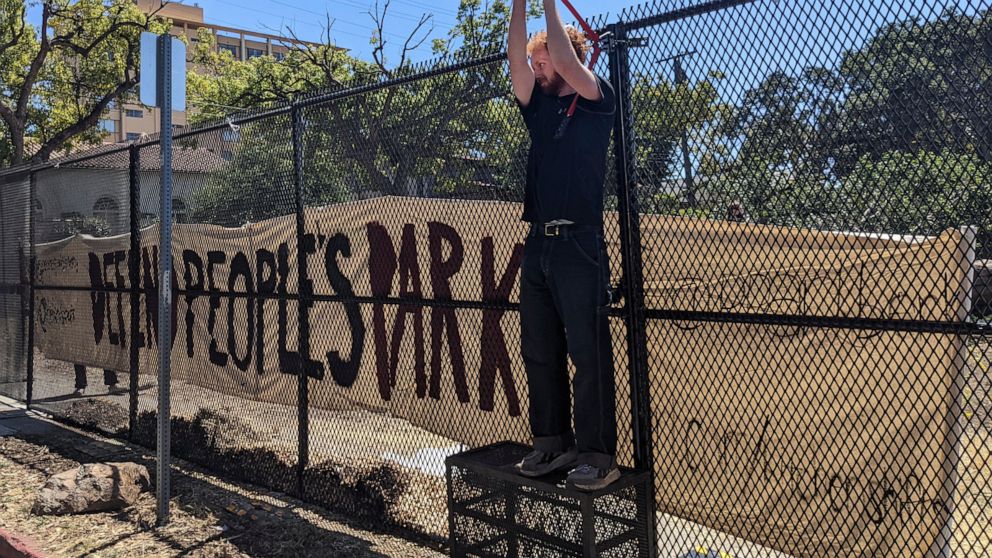 Construction of student housing at the historic People’s Park in Berkeley, California, is on hold after an appellate court ordered an injunction late Thursday

BERKELEY, Calif. — Construction of student housing at the historic People’s Park in Berkeley, California, is on hold after an appellate court ordered an injunction late Thursday, a day after protesters forced the University of California, Berkeley to halt work on the controversial project.

The temporary injunction precludes the university from demolishing and cutting down trees, but allows security fencing around the park pending a fast-tracked court resolution.

The park was founded in 1969 as part of the free speech and civil rights movement when community organizers banded together to take back a site the state and university seized under eminent domain.

Since then, the gathering space has hosted free meals, community gardening, art projects and offered shelter to homeless people. The park is owned by UC Berkeley.

The university cleared the park overnight Tuesday and installed fencing the next day after an Alameda County Superior Court judge last week ruled it could move forward with its housing plan despite local groups suing to stop it.

University officials say the land is needed for desperately needed student housing but opponents say they should build elsewhere.