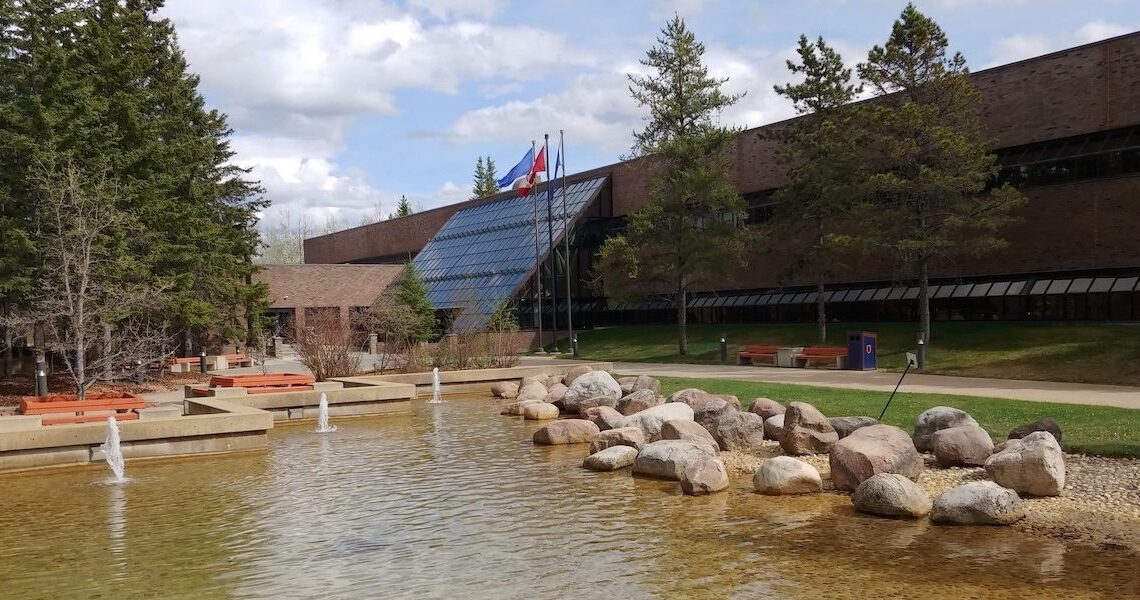 What’s up with Athabasca University? Advanced Education Minister Demetrios Nicolaides has threatened to cut off much of the 52-year-old Alberta institution’s funding if it won’t drop plans to move most of its operations into cyberspace from the rural town that serves as its nominal home base.

Peter Scott, a British academic and university executive known for his work in online educational technology, was persuaded last January to leave a position in Australia and move to Alberta to implement a plan to put AU on the map by taking it off the map.

He was chosen to carry out the “near-virtual” strategy developed under a previous president that would theoretically end AU’s direct connection to any geographic location and recruit faculty anywhere and everywhere to lead online classes.

That’s not all that different from what happens at AU now, but it would have let the university save money by closing its physical campus and shifting infrastructure costs to academic workers, who would maintain their own offices wherever they live. It might have had the added benefit, from the administration’s perspective, of making it harder for a widely dispersed workforce to resist rollbacks and cuts.

Last spring, Scott told media he had spoken with Nicolaides about implementing the plan soon after his arrival in January and heard no objections from the minister.

Regardless, AU’s board, mostly appointed by the United Conservative Party (UCP) government, wouldn’t have hired Scott, a PhD psychologist, had they not bought into the “near-virtual” vision and thought he could deliver it.

Understandably, considering importance to the local economy and the fact the university was originally located there to provide an economic boost to the region, the Town of Athabasca has fought any move to further decentralize the institution’s operations.

Two years ago, town residents formed a lobby group called Keep Athabasca in Athabasca University and hired Hal Danchilla, a well-known lobbyist with strong UCP connections. For a time, the town paid the former co-chair of Alberta Premier Jason Kenney’s election campaign $7,750 a month for his efforts, which were obviously effective.

In March, at any rate, Kenney and Nicolaides turned up at a community meeting…