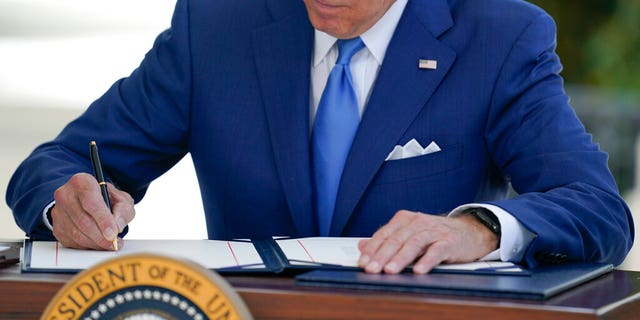 President Biden signed a bipartisan cold case investigation bill into law this week that establishes federal rights for the relatives of people killed in unsolved murders.

It also instructs agencies to keep families updated on the case file and will require the federal government to publish annual statistics on cold case murders beginning in 2025.

Two former prosecutors turned congressmen, Reps. Michael McCaul, R-Texas, and Eric Swalwell, D-California, introduced the bill, which passed 406-20 in the House and unanimously in the Senate.

McCaul has cited the unsolved 1991 “Yogurt Shop Murders” as a major factor in his efforts to pass the law.

Photos of the “Yogurt Shop Murders” victims, who were killed in a horrific 1991 attack that remains unsolved.
(FOX 7 Austin)

The younger girls were visiting the older two, who worked at the shop. All four were later found bound and gagged, with gunshot wounds to their heads, and the shop had been set on fire.

Four men were soon arrested – but the charges were later dropped after DNA evidence linked an unknown man to the scene.

He has not been identified.