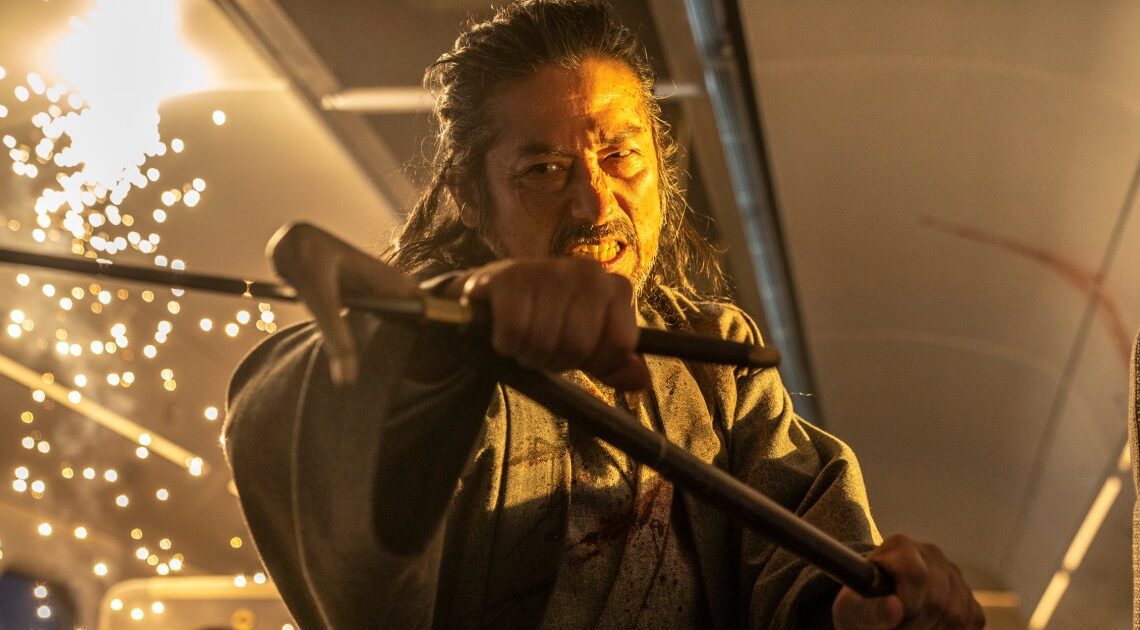 Actor Andrew Koji, who is half Japanese and was born and raised in England, said he’s always felt out of place. But in the new action-comedy film “Bullet Train,” Koji plays a Japanese character, and in the process, he found a new appreciation for his heritage.

“This film, and the last couple years, made me really look into [my roots] and find pride in it, and for that half of my culture,” Koji said.

“Bullet Train,” which is in theaters Friday, is adapted from the Japanese novel “Maria Beetle” by Kōtarō Isaka. It is set in Japan and takes place entirely on a bullet train. There are seven assassins on board, all working a job — so there’s plenty of fights, blood and quippy one-liners (one character likes to quote Thomas the Tank Engine, a detail that was in the original novel).

In the film, Koji plays Kimura, a hired hand and an alcoholic, whose son is pushed off of a roof. Kimura’s father, the Elder (played by Japanese action star Hiroyuki Sanada), is disappointed in him for not protecting his family. Koji boards the bullet train to get revenge on the person who harmed his son.

“Bullet Train” was the subject of criticism before its release. The novel is set in Japan with ostensibly Japanese characters. While the film is still set in Japan, many of the characters are not Japanese. The cast contains white actors, Black actors, Latinx actors and Japanese actors, and thus some have said the Japanese characters from the novel had been whitewashed. In an interview with The New York Times, Isaka said he didn’t mind that the film has a more multiracial cast, saying his characters are “not real people, and maybe they’re not even Japanese.”

Koji said whitewashing is “a nonissue” for “Bullet Train.” “The Japanese characters — Kimura and the Elder, his father — are very much the heart of it,” Koji said. Though “Bullet Train” predominantly featured Brad Pitt in its marketing materials, the film opens with Kimura, and the film’s screenwriter, Zak Olkewicz, told the Times that “the plot pretty much kind of is about the Japanese characters and their story lines getting that resolution.”

Koji was a relatively unknown actor and stuntman when he was chosen after a worldwide casting call to be the lead in “Warrior,” a martial arts series about America’s first Chinatown in the 1870s, based on the writings of Bruce Lee. Koji’s character, the Chinese immigrant Ah Sahm, became his breakout role. Since “Warrior,”…