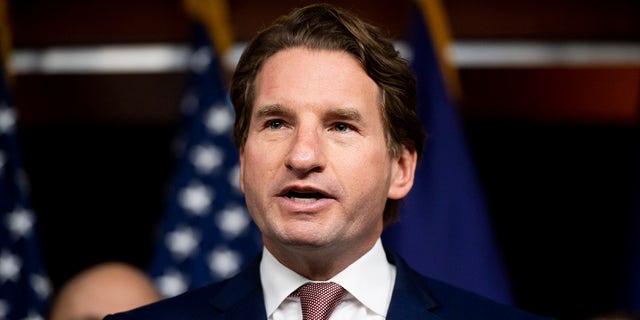 Two Minnesota Democrats have said they will not endorse President Joe Biden as the Democratic presidential nominee in 2024 and seek “new leadership,” but refuse to explain how exactly they will combat the President’s bid for reelection.

Rep. Dean Phillips, D-Minn., was recently asked during a town hall if he would support Biden in a bid for re-election, he responded with a blunt “no.”

Phillips went on to explain that, “The country would be well-served by a new generation of compelling, well-prepared, dynamic Democrats who step up.”

DEM REP TO BIDEN: DO NOT SEEK RE-ELECTION IN 2024, AMERICA NEEDS DEMS WHO WILL ‘STEP UP’

Rep. Dean Phillips, D-Minn., said he would not support Biden if he seeks reelection, but refused to tell Fox News how he plans to implement new leadership.
(Getty Images)

Fox News Digital asked Phillips what measures he would take, if any, to prevent Biden from being the Democratic nominee for the 2024 presidential election.

A spokesperson for Phillips told Fox News Digital he “declined further comment” on the matter.

Fellow Minnesotan, Democrat Rep. Angie Craig, was asked a similar question about Biden in 2024 and agreed with Phillips that the Democratic Party needs a “new generation of leadership.”

Craig also said in her response: “I’m going to do everything in my power as a member of Congress to make sure that we have a new generation of leadership.”

Fox News Digital also reached out to Craig, seeking further explanation as to how exactly she plans to combat a Biden 2024 election bid.

“Many Minnesotans, myself included, are ready to see a new generation of leaders in the Democratic Party, and I will do everything in my power to help those new leaders up and down the ballot,” said Rep. Angie Craig in a statement sent to Fox News Digital.

“I remain immensely proud of the bipartisan work we’ve done in Congress and with President Biden to lower costs for working families, protect women’s reproductive rights and keep our communities safe, and I will continue to work with anyone who will help get results for Minnesota’s Second District,” Craig continued.