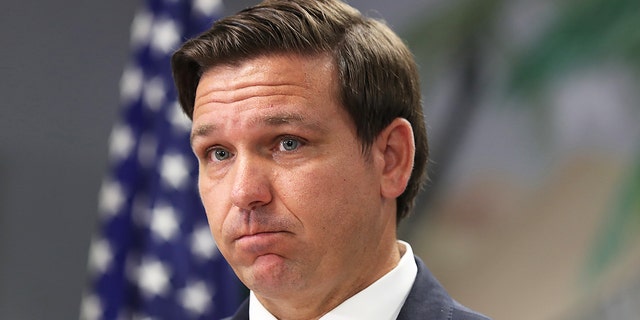 HILLSBOROUGH COUNTY, Fla – Florida Gov. Ron DeSantis wouldn’t say if he would support Donald Trump if the former president were to run for reelection in 2024.

“People have asked me about that, probably about a thousand different times,” the Republican governor told Fox News. “I’m basically, I’m keeping my eye on the ball here in Florida.”

AHEAD OF TRUMP RALLY IN ARIZONA, VOTERS SHARE IF THEY WANT FORMER PRESIDENT TO RUN AGAIN

Less than 40% of registered voters said they wanted Trump to run in 2024, according to a Fox News poll released in July.

However, nearly half of Republican voters said they preferred Trump, while 25% picked DeSantis, a New York Times/Siena College survey published last month found. President Biden led Trump in the poll 44% to 41% in a hypothetical 2024 matchup.

“Prepare for the liberal meltdown of the year,” Pushaw said in the tweet.

Ultimately, the teased announcement was revealed to be DeSantis’ decision to suspend Florida State Attorney Andrew Warren for pledging not to charge abortion patients or their doctors.

Pushaw clarified that the governor was making “an official announcement not a campaign one” after some Twitter users speculated DeSantis would address his 2022 reelection campaign or even a rumored presidential bid.

Matt Leach is a Fox Digital Originals reporter based in Tampa, FL.