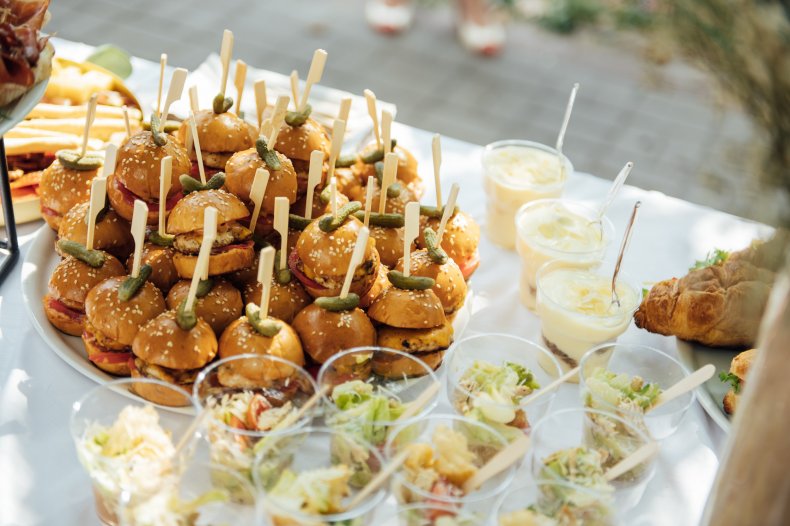 In a now-viral post, a woman said her fiancé removed all the vegan food options from their wedding menu “behind [her] back.”

Posting in Reddit‘s “Am I The A**hole” (AITA) forum under the username u/SarahJake2022, the vegan woman said her “hardcore” meat-eating fiancé felt the alternative options would “offend” his guests. The post has amassed over 14,000 upvotes and thousands of comments from Redditors encouraging the woman to cancel the wedding.

“The trick is to be true to your beliefs without making guests feel deprived,” the magazine advised. “For example, rather than serving seitan, tofu, or other unfamiliar foods, consider a non-meat pasta” or offer both vegan and non-vegan entree options.

“Your wedding is not the time to try to convert people to your way of living,” Mac Adam reminded. “There is usually some sort of middle ground.”

Redditor u/SarahJake2022 prefaced her post by saying that she and her family are vegans for a myriad of reasons including a “history of health issues.” Her fiancé’s family, on the other hand, are “hardcore meat eaters.”

With this in mind, u/SarahJake2022 said she wanted their wedding menu to include several meat options, as well as “four to five” vegan options. However, her fiancé and future mother-in-law didn’t like this idea.

“My fiancé and his mom objected saying it was a waste of money over food that ‘isn’t real food.’ They also argued that this would be offensive for ‘their’ guests and suggested my vegan options just be ‘the good ol’ salads and appetizers,” u/SarahJake2022 wrote.

“I said no because one, it’s me and my family who’s paying. And two, I want to make my guests feel welcome,'” she continued.

Redditor u/SarahJake2022 added the vegan options to the menu, despite her fiancé’s feelings on the matter. In retaliation, he “went behind [her] back” and removed them.

When u/SarahJake202 found out, she said she “flipped out” on her fiancé. He blamed his mother at first, but later said he was forced to do what he did because u/SarahJake202 “refused to…