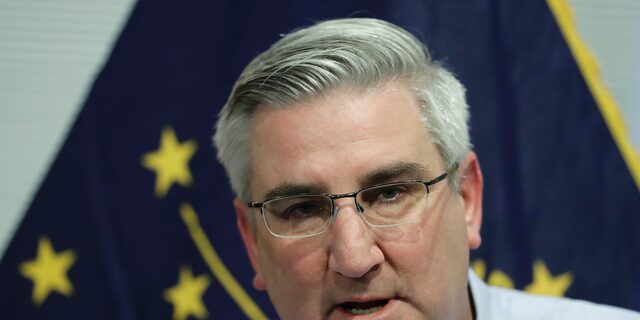 The new law bans the procedure except in cases of rape, incest and to protect the life and physical health of the mother. The rape and incest exceptions only apply in the first 10 weeks post-fertilization. Victims would not be required to sign a notarized affidavit attesting to an attack.

Indiana is the first state in the nation to approve new legislation restricting abortion access since the Supreme Court overturned Roe v. Wade in June.

“Following the overturning of Roe, I stated clearly that I would be willing to support legislation that made progress in protecting life,” Holcomb said in a statement. “In my view, [the abortion law] accomplishes this goal.”

The Indiana Senate had approved the legislation 28 to 19 on Friday, just hours after the House passed it by a 62 to 38 vote.

GOP Rep. Wendy McNamara sponsored the bill, and told reporters after the vote in the House that the legislation makes Indiana “one of the most pro-life states in the nation.”

But fellow Republican Rep. Ann Vermilion slammed the members of her party who have called women “murderers” for receiving an abortion.

“I think that the Lord’s promise is for grace and kindness,” she said. “He would not be jumping to condemn these women.”

The House added exceptions for protecting the health and life of the mother. Abortions will also be allowed if a fetus is diagnosed with a lethal anomaly.

The ban will take effect on September 12.