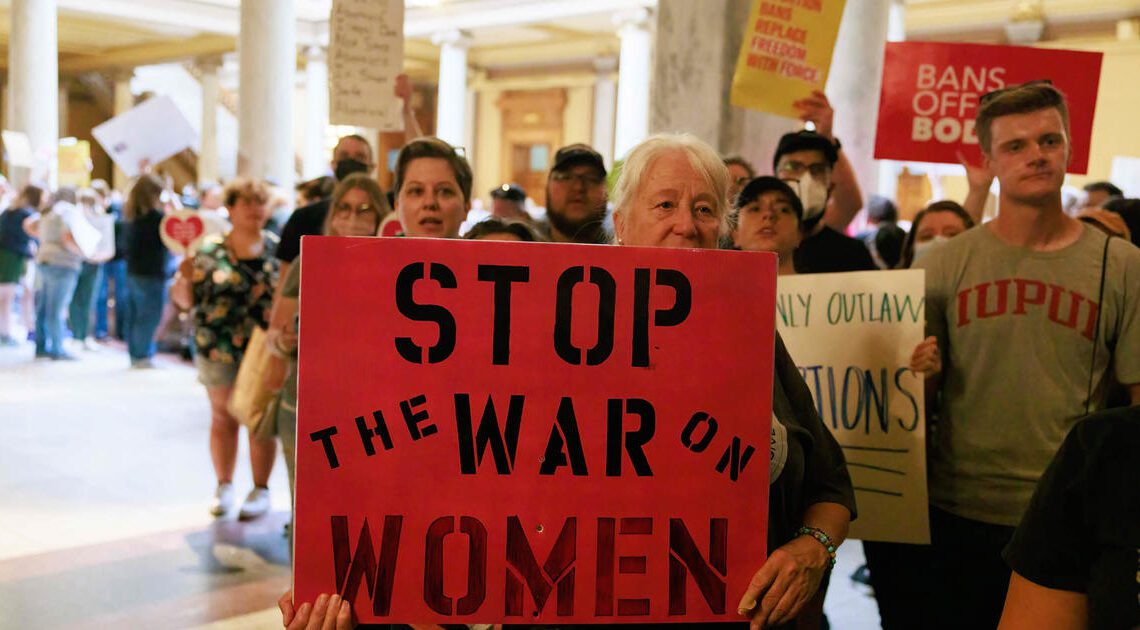 Indiana has become the first state in the nation to pass new legislation restricting access to abortions since the U.S. Supreme Court’s ruling in June that overturned Roe v. Wade.

The Indiana Legislature on Friday approved the near-total abortion ban with some exceptions, including in cases of rape, incest, and to protect the life and physical health of the mother.

Indiana was among the first Republican-run state legislatures to debate tighter abortion laws after the Supreme Court ruling that removed constitutional protections for the procedure.

The Senate approved the near-total ban 28-19, hours after House members advanced it 62-38.

It includes limited exceptions, including in cases of rape and incest, and to protect the life and physical health of the mother. The exceptions for rape and incest are limited to 10 weeks post-fertilization, meaning victims could not get an abortion in Indiana after that. Victims would not be required to sign a notarized affidavit attesting to an attack.

Republican Rep. Wendy McNamara of Evansville, who sponsored the bill, told reporters after the House vote that the legislation “makes Indiana one of the most pro-life states in the nation.”

Outside the House chamber, abortion-rights activists often chanted over lawmakers’ remarks, carrying signs like “Roe roe roe your vote” and “Build this wall” between church and state. Some House Democrats wore blazers over pink “Bans Off Our Bodies” T-shirts.

The House added exceptions for protecting the health and life of the mother after repeated requests from doctors and others. It also allows abortions if a fetus is diagnosed with a lethal anomaly.

Indiana lawmakers listened to hours of testimony over the past two weeks in which residents on all sides of the issue rarely, if ever, supported the legislation. Abortion-rights supporters said the bill goes too far, while anti-abortion activists expressed it doesn’t go far enough.

The House also rejected, largely on party lines, a Democratic proposal to place a non-binding question on the statewide November election ballot: “Shall abortion remain legal in Indiana?”

The proposal came after Kansas voters resoundingly rejected a measure that would have allowed the state’s Republican-controlled Legislature to tighten abortion in the first test of voters’ feelings about the issue since Roe was overturned.