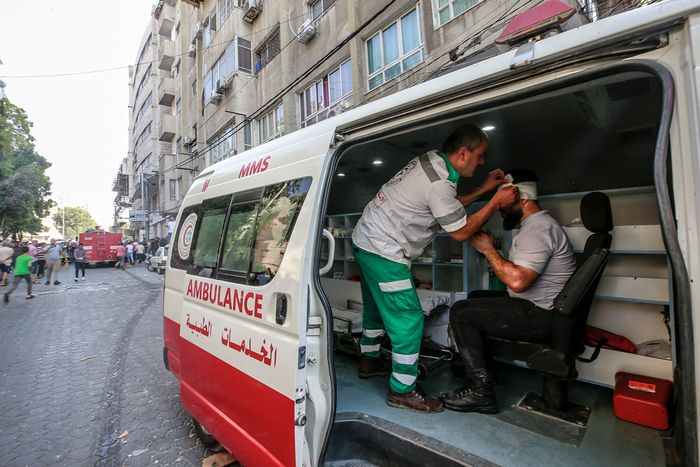 TEL AVIV—Israel’s military said it carried out airstrikes in Gaza targeting a militant group on Friday, killing at least eight people and raising the risk of a violent escalation as the Iran-backed Palestinian Islamic Jihad threatened to respond with rocket fire.

The Israeli military said it opened an air campaign against Islamic Jihad after it threatened to attack Israel for the arrest of a senior member of the group in the occupied West Bank. The Israeli strikes killed at least eight Palestinians, including a 5-year-old girl, and wounded at least 40, according to the Gaza Health Ministry.

Israel didn’t comment on the civilian casualties. Israel’s military estimated around 15 Islamic Jihad militants had been killed so far in the strikes, including a senior commander of the group named Tayseer Mahmoud al-Jabari. The Israeli military also said the airstrikes hit two Islamic Jihad antitank units that were currently on route to attack Israeli forces.

“We took the initiative and we haven’t finished yet,” said an Israeli military spokesman.

In response to Islamic Jihad’s threats in recent days, Israel closed the border crossing with Gaza to Palestinian workers and Gazans seeking medical care inside Israel. Israeli authorities also placed restrictions on movement to Israeli communities located along the border with the Gaza Strip.

visited the Gaza border on Friday and promised to restore peace there to the Israelis.

“To our enemies, and specifically to the leadership of Hamas and the Palestinian Islamic Jihad, I would like to emphasize: your time is up. The threat [on this region] will be removed one way or another,” Mr. Gantz said. Hamas is Gaza’s largest militant group and the enclave’s ruler.

Islamic Jihad’s leader, Ziyad Nakhaleh, vowed to respond to the Israeli bombing, including by…