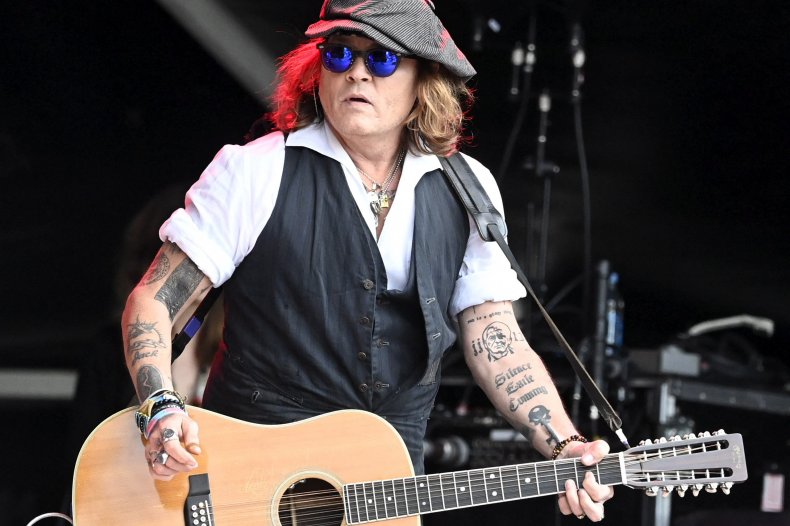 Actor Johnny Depp and guitarist Jeff Beck were accused in a Friday report of using lines from a poem written by a Missouri State Penitentiary prisoner for lyrics to a song on their recently-released collaborative album.

Rolling Stone wrote that the song in question, entitled “Sad Motherf**kin’ Parade,” appears to share many lines with “Hobo Ben,” a poem credited to a prisoner named Slim Wilson. Folklorist Bruce Jackson included Wilson’s poem in the 1974 print collection Get Your A** in the Water and Swim Like Me, and on a recorded album of the same name.

Jackson told the magazine that he met Wilson in the mid-1960s while the man was incarcerated for armed robbery. He documented the prisoner’s “toasts,” which have been described as a gritty form of Black folk poetry that’s often credited as a precursor to rap lyrics.

Of the Depp and Beck song, which lists only the duo as songwriters, Jackson said to Rolling Stone that he only found two lines in the track that didn’t come from “Hobo Ben.”

“Everything else is from Slim’s performance in my book,” Jackson said. “I’ve never encountered anything like this. I’ve been publishing stuff for 50 years, and this is the first time anybody has just ripped something off and put his own name on it.”

Rolling Stone said that pursuing legal action against Depp and Beck would not be an easy case since “Hobo Ben” is considered part of an oral tradition that doesn’t attribute works to any one author. Jackson also told the magazine that Wilson had told him he learned “Hobo Ben” from his father.

Even if the accusations about the song lyrics don’t drag Depp into a courtroom, it will no doubt bring more attention to the actor, whose name remains in the news after the high-profile trial against his ex-wife, Amber Heard.

Depp had sued Heard for $50 million for defamation following an op-ed in 2018 in The Washington Post, which she alleged she was a victim of domestic violence. A civil jury reached a verdict on June 1 that awarded Depp a total of $8.35 million after the judge lowered the punitive award and figured in $2 million awarded to Heard for her countersuit for nuisance.

Since the trial, Depp has focused heavily on making music with Beck….