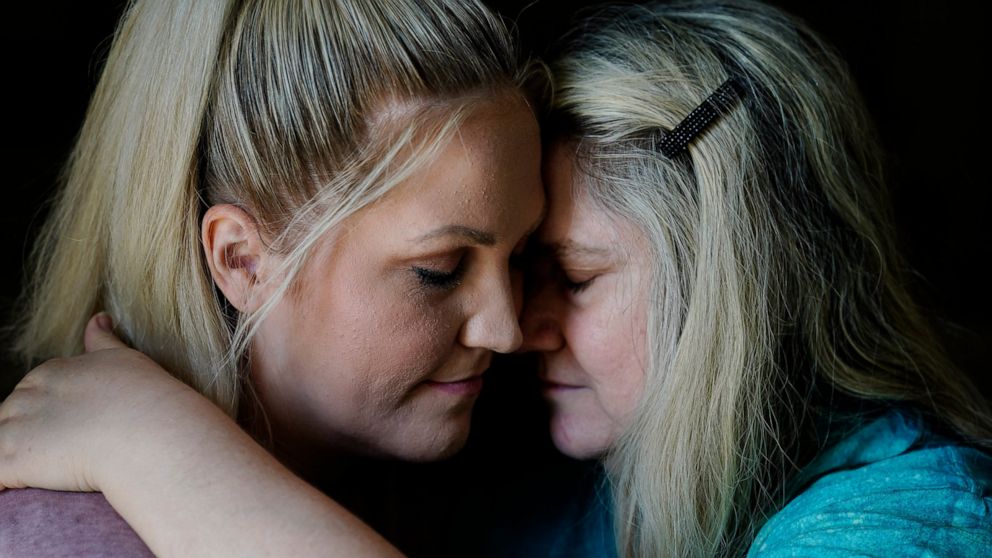 CHAVIES, Ky. — Angel Campbell should have been sitting in her usual chair in her grandmother’s living room this week, looking through her old photo albums and eating her favorite soup beans.

Now the living room is gone, and so is her grandmother.

A week after 82-year-old Nellie Mae Howard died in the devastating floods that killed at least 37 people in eastern Kentucky, Campbell can’t stop thinking about how she was swept away. She said losing her “Mammaw” will plague her for a very long time.

“The way she had to leave this earth just shatters me,” she said. “It just feels so cruel.”

Eastern Kentucky has been engaged for days now in the slow, grim task of recovering and burying the dead. Local funeral homes have settled into a steady cadence of visitations and memorials, sometimes in quick succession. The somber rituals have continued as more rain falls, prompting yet another flood watch across the Appalachian mountain region. People here brace at the prospect of a new round of misery.

Funeral home workers have had to navigate the staggering losses, in communities where families have known each other for generations, some after losing their own houses. They’ve had to carry on without power or water at times, taking in so many bodies that a mobile refrigerator was brought in to add capacity.

No place in eastern Kentucky suffered more deaths than Knott County, where 17 people perished in the historic flooding. The local coroner, Corey Watson, knew nearly all of them.

“I was retrieving people from scenes that I had known since I was a child or I had seen that person grow up,” Watson said. “It’s hard.”

The floodwaters tore families apart. Two sets of husbands and wives died. Whole families were “decimated,” the coroner said. Most of those who died were retirees, he said.

Watson said his training taught him how to compose himself, but in such an extreme situation, he wondered: “How do you properly compose yourself when you see a multitude of people passing away and there being attempts to save their life or to keep them together? It’s troubling, but we have to go through this. We have to overcome it. We can always hold their memory in our…