Kremlin says Griner swap must be discussed without publicity 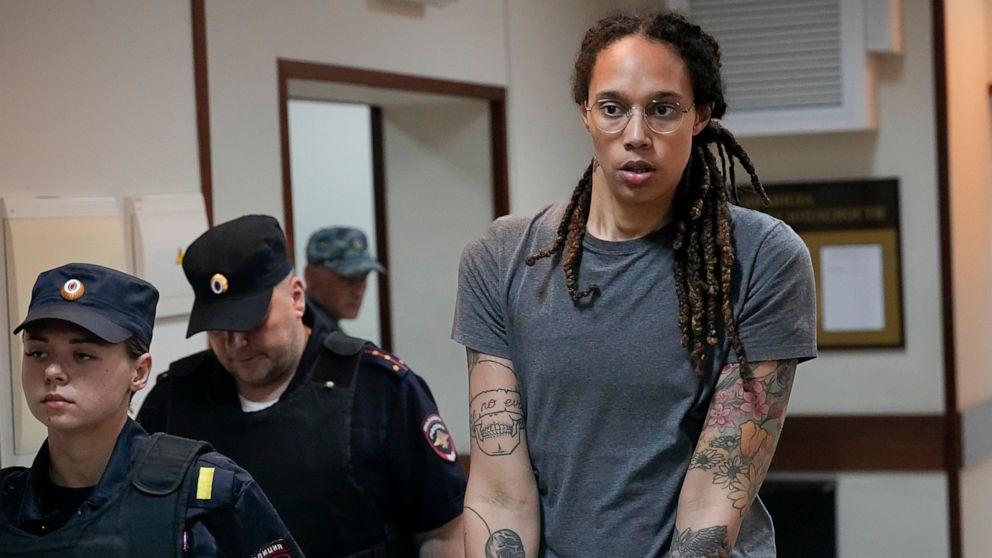 Griner, a two-time U.S. Olympic champion and an eight-time all-star with the WNBA’s Phoenix Mercury, has been detained in Russia since Feb. 17 after police at a Moscow airport said they found vape cartridges containing cannabis oil in her luggage.

A judge convicted the 31-year-old athlete Thursday of drug possession and smuggling, and sentenced her to nine years in prison. The politically charged case comes amid high tensions between Moscow and Washington over Russia’s military action in Ukraine.

In an extraordinary move, U.S. Secretary of State Antony Blinken spoke last week to Russian Foreign Minister Sergey Lavrov, urging him to accept a deal under which Griner and Paul Whelan, an American jailed in Russia on espionage charges, would go free.

Lavrov and Blinken were both in Cambodia on Friday for a meeting of the Association of Southeast Asian Nations. Blinken did not even glance at his Russian counterpart as they took their seats at an East Asia Summit.

Lavrov told reporters that Blinken didn’t try to contact him while they were attending the ASEAN meeting.

“We were separated by just one person at the discussion table, but I didn’t feel his desire to catch me. My buttons are all in place,” he said when asked about Washington’s statement that Blinken would try to buttonhole Lavrov for a quick interaction in Phnom Penh.

Lavrov said Moscow was “ready to discuss” a prisoner swap but that the topic should only be discussed via a dedicated Russia-U.S. channel that Biden and Russian President Vladimir Putin agreed to establish when they met in Geneva in June 2021.

“If the Americans again try to engage in public diplomacy and make loud statements about their intention to take certain steps, it’s their business, I would even say their problem,” Lavrov said. “The Americans often have trouble observing agreements on calm and professional work.”

In Moscow, Kremlin spokesman Dmitry Peskov made the same point more harshly, saying “the U.S. already has made mistakes, trying to solve such problems via ‘microphone diplomacy.’ They are not solved that way.”