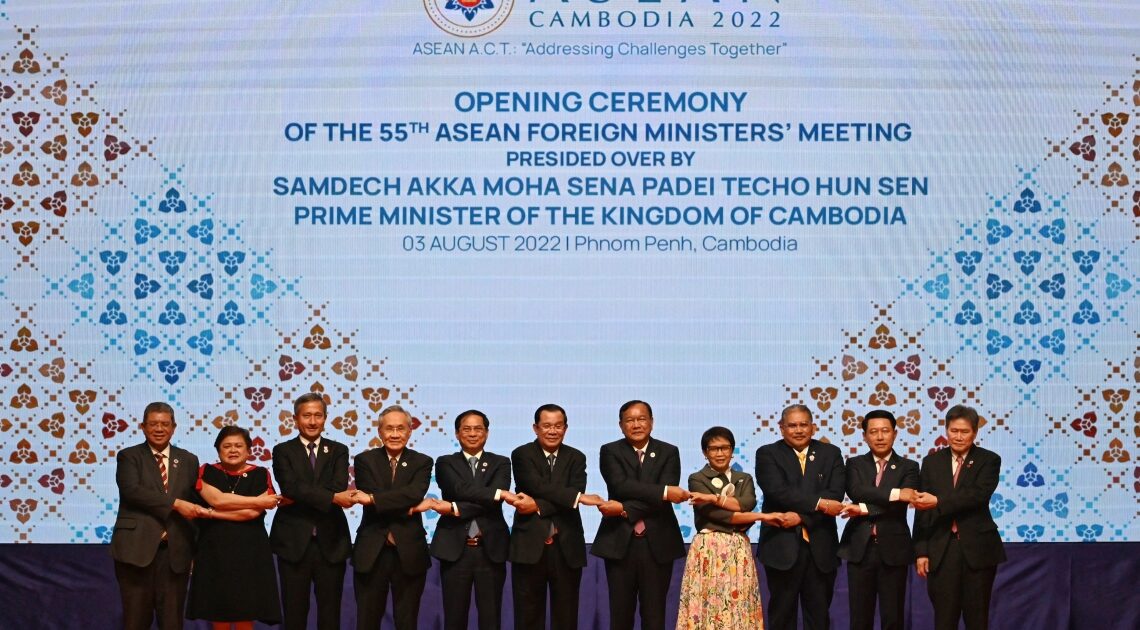 Foreign ministers from the 10-member Association of Southeast Asian Nations (ASEAN) have agreed to bar Myanmar’s ruling generals from the group’s meetings until they make progress on a 15-month-old plan to address the crisis triggered by the military coup.

Speaking at a press conference at the end of a series of ASEAN regional meetings in Phnom Penh, Cambodia’s foreign minister Prak Sokhonn, who is also a special envoy on Myanmar, said the generals “must act in a way that shows progress is made, then we will be able to act on a decision to show progress”.

On Friday, the foreign ministers condemned the lack of progress in the so-called Five-Point Consensus that was agreed upon with army chief and coup leader Senior General Min Aung Hlaing in April 2021, and demanded the self-proclaimed State Administration Council (SAC) take action to comply with the plan before a regional summit in November.

The ministers said they were “deeply disappointed by the limited progress in and lack of commitment of the Naypyidaw authorities to the timely and complete implementation of the Five Point Consensus”.

And in a veiled warning to Myanmar’s military authorities, the statement – referencing Article 20 of the ASEAN Charter – noted the leaders’ meeting later this year could still take action over “non-compliance”.

Myanmar was plunged into crisis when the military detained elected leader Aung San Suu Kyi and other senior officials in February 2021 and seized power for themselves.

The coup prompted a mass civil disobedience movement, nationwide protests and the formation of anti-coup armed groups to which the military has responded with brutal force.

Some 2,158 people have been killed by the armed forces since the coup, and anger has grown over the generals’ intransigence, particularly after the execution last month of four political prisoners.

In a foreign ministry statement published on the front page of the state-run Global New Light of Myanmar on Saturday, the military said it rejected ASEAN’s communique and would continue to follow its own “five-point plan”, which was printed next to the statement on the paper’s front page.