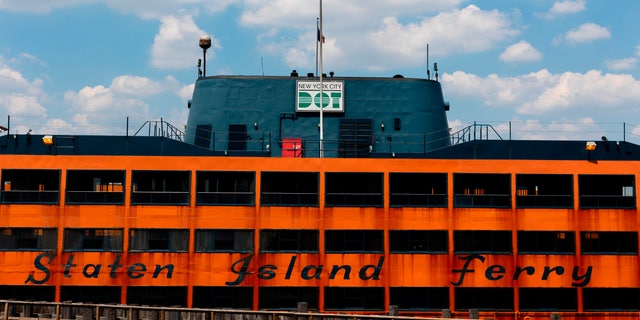 It has been rough sailing this summer for the Staten Island Ferry, yet another iconic New York City institution being buffeted by ripples of the coronavirus pandemic.

All summer long, service on the big, orange boats that carry commuters and sightseeing tourists has been periodically curtailed due to staffing shortages.

The disruptions reached a peak Wednesday, when the city was only able to run ferries once per hour, rather than the usual of every 15 minutes. The city’s fleet of smaller, river-hopping ferries was brought in to help get people across New York Harbor.

City officials had blamed earlier service reductions in July on too many workers having COVID-19. On Wednesday, Mayor Eric Adams said “a significant share” of the workforce hadn’t reported to work and suggested it was related to a labor dispute.

The union that represents captains, engineers and other crew members, disputed the mayor’s characterization of the worker shortage as being the result of a sick-out. Nor was COVID-19 predominantly to blame, they said.

The real trouble is that the ferry’s staff has been shrinking for years, partly because workers haven’t gotten any raises since their contract expired more than a decade ago, said Roland Rexha, secretary treasurer of the Marine Engineers’ Beneficial Association.

FERRY BOAT ‘STUCK ON THE GROUND’ WITH NEARLY 300 ABOARD, NO INJURIES REPORTED

“The scheduling created the short-staffing. No one walked off their jobs. We were raising the alarm on this three years ago and the public is only hearing about it now,” Rexha said, noting that service reductions had been happening for months before the situation came to a head Wednesday.

These days, when even a few workers do need to miss time because of COVID-19, there are few colleagues who can fill in, union officials have said.

A Staten Island Ferry boat at the St. George Terminal in the Staten Island borough of New York. The iconic ferry has had issues with staff shortages this summer.
(AP Photo/Julia Nikhinson)

Service returned to more normal levels Thursday but the union predicted future problems unless a new contract is reached after more than 10 years of failed negotiations.

That would be bad news for commuters like Chris McKeon,…