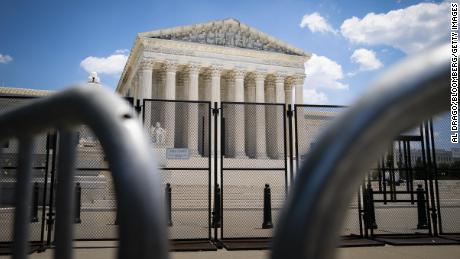 Federal law requires physicians to treat pregnant patients in emergencies, providing abortions when necessary, while the law in some states prohibits emergency abortions. A showdown between the federal government and the states is now brewing. The state of Texas is suing the Biden administration to block federal guidance that protects access to emergency abortion care, even in states where abortion is a crime. And on Tuesday, the administration went on the offensive, suing Idaho over its abortion restrictions.
At the heart of both lawsuits is a nearly 40-year-old federal statute, the Emergency Medical Treatment and Labor Act, known as EMTALA. The law assures that everyone who shows up at the emergency room gets checked out. And if the hospital finds the patient has an “emergency medical condition,” it has to stabilize them — meaning the patient’s condition won’t worsen when they’re discharged. That includes laboring patients, for whom EMTALA guarantees protection.
After the Supreme Court overturned Roe in Dobbs v. Jackson’s Women’s Health Organization, the federal government reminded hospitals that emergency care of pregnant people sometimes requires abortion. Stabilizing treatment may call for dilation and curettage (D&C), a common abortion procedure, or methotrexate, a drug used for conditions like pain and inflammation that’s also commonly used to end ectopic pregnancy and miscarriage.
Doctors could rest easy, the US government said, knowing federal law would protect their clinical judgment: “When a state law prohibits abortion and does not include an exception for the life and health of the pregnant person — or draws the exception more narrowly than EMTALA’s emergency medical condition definition — that state law is preempted.”
But the Texas attorney general has asked a federal court to declare this guidance unlawful. Under the US Constitution, federal law is supreme over conflicting state laws. But here, the state argues, EMTALA doesn’t require any specific kind of care, so there is no conflict. Abortion, it says, is left to state law.
Texas’s ban, set to go in effect at the end of August, prohibits all abortions unless a woman “‘has a life-threatening physical condition’ arising from a pregnancy that places her ‘at risk of death or poses a serious risk of substantial impairment of a major bodily function unless the abortion is performed.'” That means in some emergency situations, there won’t be a conflict between the federal statute and…