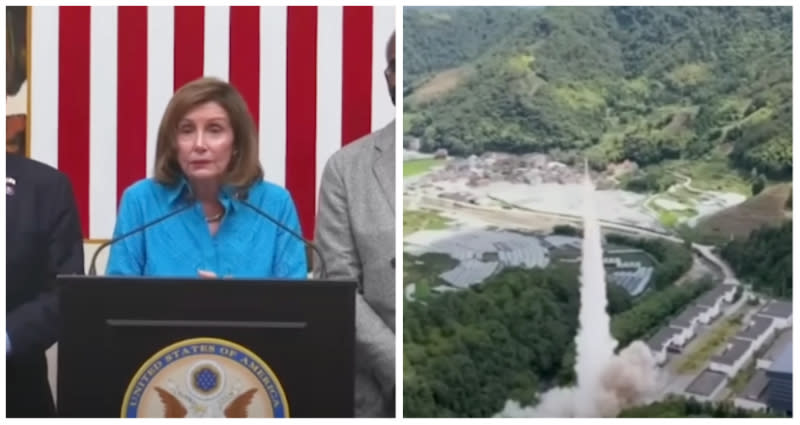 The repercussions of U.S. House Speaker Nancy Pelosi’s (D-CA) controversial and highly publicized visit to Taiwan on Tuesday are being felt by countries and companies throughout the world as tensions rise amid the prospect of a world war.

China issued multiple warnings during the weeks leading up to Pelosi’s visit to Taiwan, which the communist country strongly condemned.

Last week, Chinese President Xi Jinping warned U.S. President Joe Biden during a historic two-hour phone call that “those who play with fire will only get burnt,” referring to the U.S.’ potential support of the island’s independence.

Although the House speaker’s trip to Taiwan lasted less than a day, it evoked strong reactions from countries around the world who understood the geopolitical impact of having one of America’s most high-ranking officials visit the island and promise that its support of Taiwan’s democracy remained “ironclad.”

More from NextShark: Over 30 endangered sea turtles found with stab wounds to their necks on Japan beach

Pelosi reiterated her commitment during her visit to Japan on Thursday, where she stated during a news conference in the U.S. Embassy in Tokyo that China “may try to keep Taiwan from visiting or participating in other places,” but it would “not isolate Taiwan by preventing us to travel there.”

“We will not allow them to isolate Taiwan,” she emphasized.

On Friday, a spokesperson for the Ministry of Foreign Affairs of the People’s Republic of China released a statement announcing sanctions on House Speaker Pelosi.

“In disregard of China’s grave concerns and firm opposition, Speaker of the U.S. House of Representatives Nancy Pelosi insisted on visiting China’s Taiwan region,” it read. “This constitutes a gross interference in China’s internal affairs. It gravely undermines China’s sovereignty and territorial integrity, seriously tramples on the one-China principle, and severely threatens peace and stability across the Taiwan Strait. In response to Pelosi’s egregious provocation, China decides to adopt sanctions on Pelosi and her immediate family members in accordance with relevant laws of the People’s Republic of China.”

China has upped its military presence in the area since Pelosi’s visit, sending a record number of planes to the median line that runs…