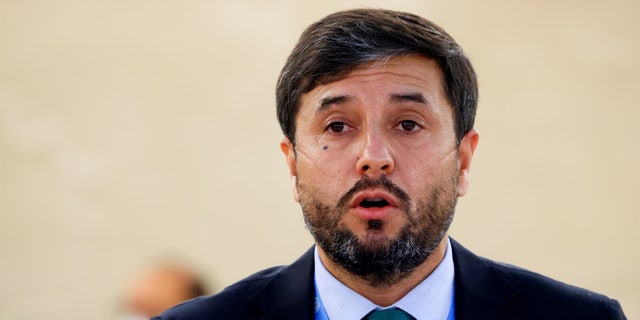 A U.N. watchdog group has highlighted the possibility that Taliban-controlled Afghanistan could secure a seat on the United Nations Human Rights Council in October.

U.N Watch tweeted out a press release discussing the Maldives’ intention to run for a seat on the Human Rights Council and noted that other candidates vying for the open Asian seats include South Korea, Vietnam, Bangladesh, Bahrain, Kyrgyzstan and Afghanistan.

The U.N. Human Rights Council is no stranger to controversy and having undemocratic, dictatorial members on the council is nothing new. Earlier this year, Russia was voted off the council by the U.N. General Assembly.

Other controversial members include China, Cuba and Venezuela.

Afghanistan would occupy one of the fourteen seats up for election. The former government of Afghanistan retains control of the U.N. permanent mission, but the Taliban nominated one of its spokesmen to take the position as ambassador, a decision left up to a nine-member credential committee that includes China, Russia and the United States. The committee has yet to rule on the Taliban’s request.

U.N. Watch Executive Director Hillel Neuer called it “two steps” for the Taliban to obtain a seat on the council.

The Human Rights Council scorecard on Afghanistan has more marks against it than in support of it. The current Afghan government has not ratified the nine core international human rights treaties, nor has it developed or published a plan for the implementation of Universal Periodic Review recommendations.

Afghanistan Ambassador Nasir Ahmad Andisha speaks during a special session of the Human Rights Council on the situation in Afghanistan at the European headquarters of the United Nations in Geneva, Switzerland, Aug. 24, 2021.
(Reuters/Denis Balibouse)

The U.N. convened an “urgent debate” on Afghanistan July 1, addressing concerns regarding the Taliban’s control of the country. A report from the U.N. Mission in Afghanistan released only a few weeks later confirmed the validity of many of the concerns raised in the aftermath of this change in power.

The report noted that the Taliban have “limited dissent by cracking down on protests and curbing media freedoms,” also noting the erosion of the rights of women and…