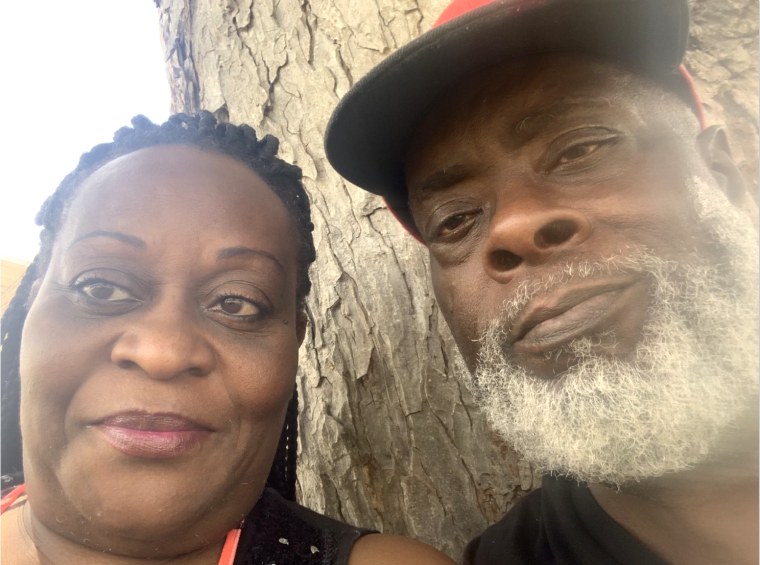 A damaged dialysis device. A busted hearing aid. A roughed-up cancer patient. These allegations are included in a federal lawsuit filed this week against a Texas police department accused of routinely using “severe force on compliant civilians” — including people with medical issues.

The suit, filed Thursday in U.S. District Court for the Southern District of Texas by lawyers with the National Police Accountability Project, claims that officers with the Rosenberg Police Department illegally detained a couple at gunpoint before destroying, damaging or confiscating their belongings, including the dialysis device, on Nov. 6, 2020.

Regina Armstead and Michael Lewis, who has kidney disease, said the nearly hour-long stop left them feeling “frightened, humiliated, embarrassed, and persecuted for being Black,” the suit says.

Their experience, according to the lawsuit, is typical for “many other civilians” in the city of roughly 39,000, located about 40 miles southwest of Houston.

The pair, who had been driving home after picking up a meal, was stopped by authorities searching for a white car linked to a group of armed teens, the suit states.

Lewis and Armstead were driving a white Dodge Charger but were far older than the suspects: Armstead, a nursing assistant, is 57. Lewis, a retired Imperial Sugar supervisor, is 67.

Still, Armstead was handcuffed and placed in the patrol vehicle at gunpoint without explanation, the suit alleges.

The couple alerted officers to the device in Lewis’ arm used to connect to a dialysis machine — and the warning he’d received from doctors not to put anything tight around his hands or wrists, according to the suit.

“But they just kept doing what they wanted to do,” Lewis told NBC News.

The device, a fistula, malfunctioned after Lewis was detained, and he’s needed eight to 10 procedures in the nearly two years since to ensure his three-days-per-week treatment goes smoothly, he said. During a trip last month, he said a stint had to be inserted into his arm to “open up the vein.”

The couple was released without being charged, though the officers who searched their car confiscated Armstead’s cellphone without telling her, she said.