The Choco Taco is not quite dead yet 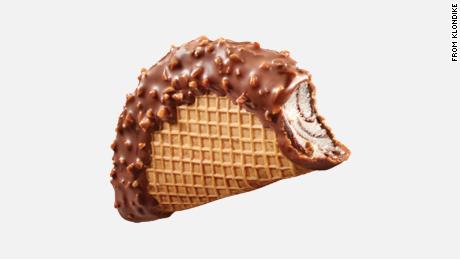 “We’ve heard our fans, and we’re hoping to bring this favorite treat back to ice cream trucks in the coming years!” Klondike tweeted at a despondent fan on Wednesday.

After Klondike confirmed that Choco Taco was getting chopped, people mourned the product online. Some tossed out ideas for how to bring it back.

“I’d like to buy the rights to your Choco Taco and keep it from melting away from future generations’ childhoods,” Reddit co-founder Alexis Ohanian tweeted at Unilever (UL), Klondike’s parent company.
Senator Chris Murphy joked that he was planning to introduce “legislation to invoke the Defense Production Act to mandate the continued manufacture of Choco Tacos.” That tweet got over 10,000 likes.

The brand saw the outpouring of love for Choco Taco, it said, and decided to rethink the move.

“The overwhelming support for Choco Taco has certainly made us reconsider our long-term plans,” Klondike said in a statement emailed to CNN Business on Friday. “The team is working on a plan to bring it back, though it may take some time,” Klondike said.

But don’t get too excited.

“There are currently no definite timelines for bringing the Choco Taco back,” Klondike noted.

Klondike originally said that it was discontinuing Choco Taco because of “an unprecedented spike in demand across our portfolio.” Lots of companies have slimmed down their portfolios or menus during the pandemic to help meet demand for more popular items.

But some people didn’t buy the explanation. They thought the whole thing was a stunt, and that Klondike was never planning to kill the Choco Taco — just create enough buzz to make sure it was well-received when it inevitably came back.

Klondike addressed the theory in a July tweet, written from the perspective of, who else, Choco Taco. “I want to address the rumors: I’m really being discontinued, it’s not a PR stunt,” the ice cream taco said. “I knew you loved me, but not THIS much.”

The brand reiterated in a statement to CNN Business Friday. “The discontinuation was a result of complex production challenges and not a stunt,” Klondike said.