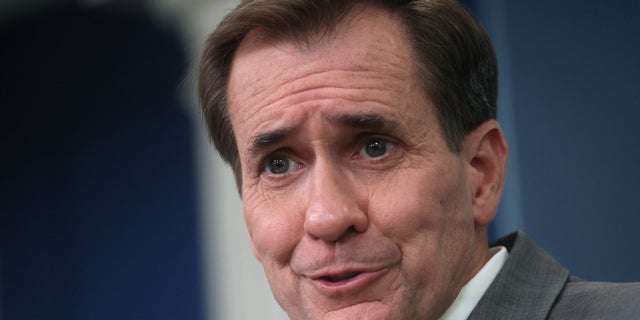 The White House condemned China for closing down engagement with the United States on a range of “critical issues,” including climate, calling the move “fundamentally irresponsible,” and one that punishes not just America but “the whole world.”

China has suspended all planned discussions with the U.S. on key international issues as retaliation against the U.S. congressional delegation’s visit to Taiwan.

Beijing on Friday made the announcement that the Chinese Communist Party was canceling all discussions of climate change, drug networks and military action.

China attributed the decision to House Speaker Nancy Pelosi’s congressional delegation and their trip to Taiwan.

“I’m sure you will see the announcements by China today that they are closing down engagement with the United States on a range of critical issues to include climate change … we believe that this is fundamentally irresponsible,” Kirby said. “China is not just punishing the United States with this act, with these actions, but they’re actually punishing the whole world.”

He added: “The world’s largest emitter now is refusing to engage on critical steps necessary to stand up to the climate crisis.”

Kirby also stressed that the “lines of communication are actually important for helping reduce the risk, miscalculation and misperception.”

Kirby said, though, that not all channels of communications are shut down.

Chinese President Xi Jinping attends a commendation ceremony for role models of the Beijing Winter Olympics and Paralympics at the Great Hall of the People on April 8 in Beijing. An Australian man provoked anger from supporters of Xi by holding a sign at a Sydney marker insulting the communist leader.
(AP Photo/Ng Han Guan)

“Bottom line is we’re going to continue our efforts to keep open the lines of communication with Beijing while defending our interests and our values in the region,” Kirby said, adding that “not…