Alex Jones Not Going Anywhere as Case Makes Him a ‘Martyr’: Legal Analyst 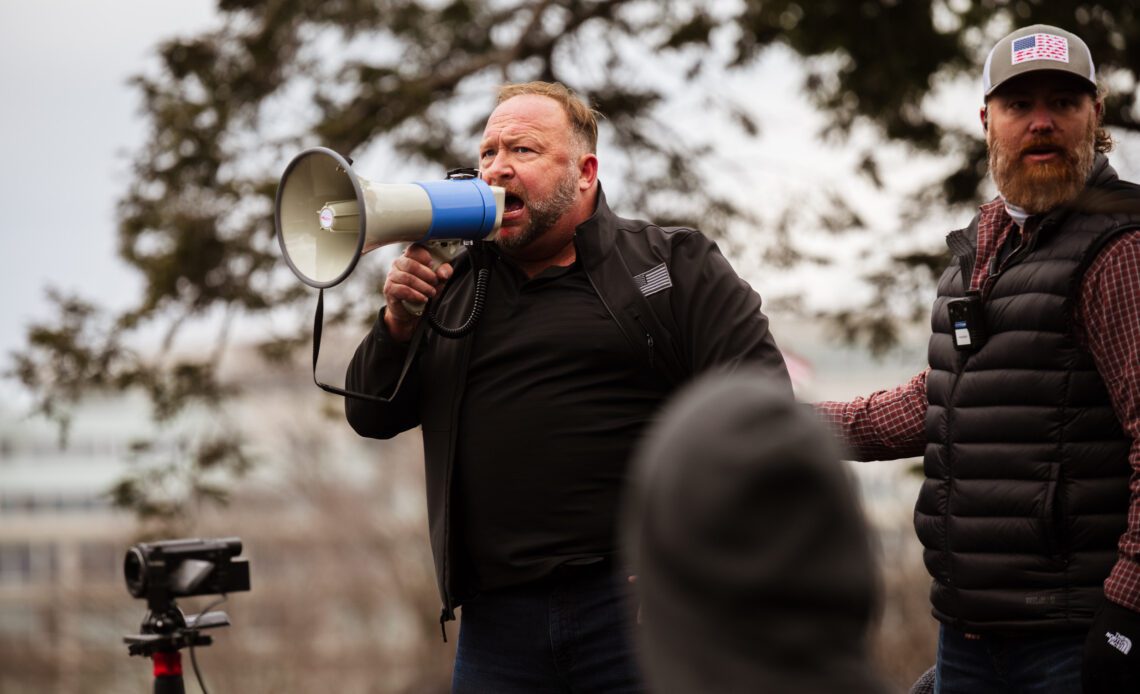 Infowars host Alex Jones will be viewed as a martyr because of his recent defamation trial and he will continue to be a prominent figure in the U.S., according to a legal expert.

CNN legal analyst Elliot Williams argued on Friday that the award of nearly $50 million in damages Jones has been ordered to pay to the parents of a victim of the 2012 Sandy Hook school shooting will play into a “martyrdom complex.”

A court this week ordered Jones to pay $4.1 million in compensatory damages to Neil Heslin and Scarlett Lewis, whose six-year-old son Jesse Lewis was killed in the shooting, and a further $45.2 million in punitive damages.

Jones had repeatedly made the false claim that the Sandy Hook shooting was staged and that those involved were so-called “crisis actors.” He admitted in court that the tragedy was genuine.

CNN’s Laura Coates asked a panel on Friday if there is “a risk that he becomes a political martyr” following the trial. Contributor Alice Stewart argued that Jones would not but Williams disagreed.

“For the first time tonight, I think we’re going to have a little bit of a disagreement here,” Williams said. “No, I think he does become a martyr here. He’s already on Infowars tonight talking about this garbage, and there are people who are listening to it and actually think that this individual is some sort of hero.”

He added: “So, he is somebody who the deep state and the lefties or whomever else who are coming after you – you Americans – they are now taking $50 million away from Alex Jones. So, I think the martyrdom complex is starting, it will be in full effect and not going anywhere. And like you said, Laura, he’s still got his platform and he’s still going.”

A jury in Austin, Texas on Thursday ordered Jones to pay $4.1 million in damages to the parents of the late Jesse Lewis and made a further award of $45.2 million in punitive damages on Friday.

Following the jury’s decision on Thursday, Jones addressed the matter in a video posted to Infowars and suggested he would struggle to pay the initial award.

“I admitted I was wrong,” Jones said. “I admitted I made a mistake. I admitted that I followed disinformation, but not on purpose. I apologized to the families.”

“And the jury understood that. What I did to those families is wrong but I didn’t do it on purpose,” Jones said.