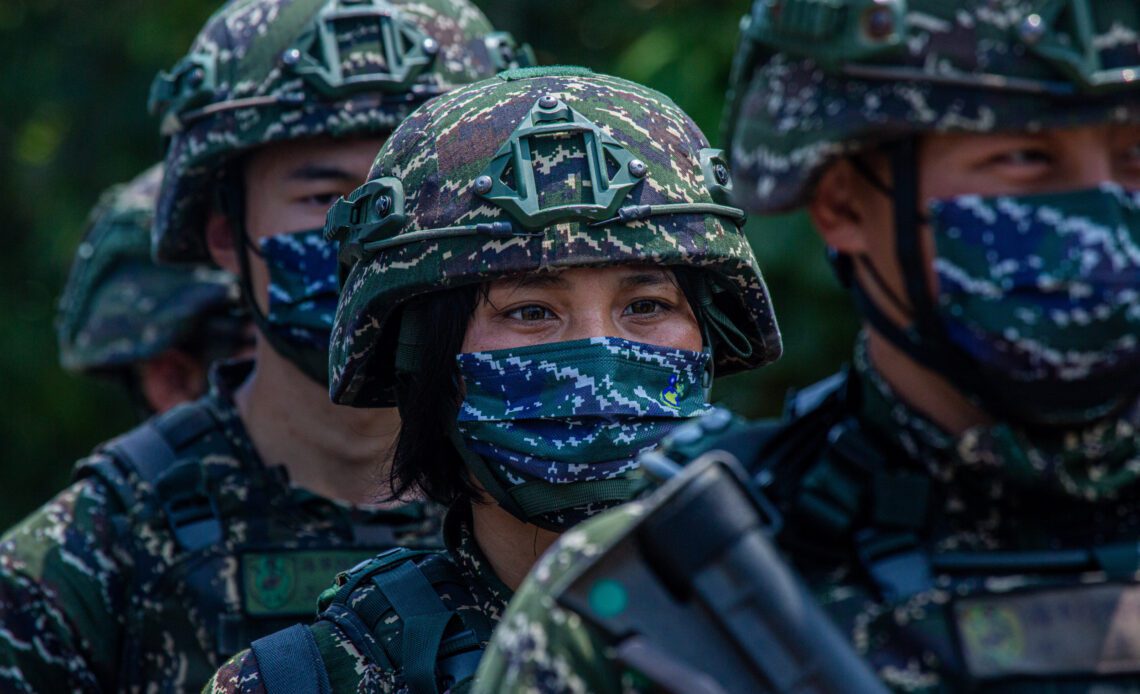 A Chinese diplomat has criticized America, saying the U.S. “makes war” whereas China “makes everything else”.

The comments were made by Zhang Meifang, the Consul General of China in Belfast, Northern Ireland.

She also mocked a warship from Taiwan, which China considers a renegade province, which she described as a “museum piece”.

On Twitter Zhang posted a split photo with an armed soldier in the top half, and boxes marked “Made in China” below.

She wrote: “The #US makes war. #China makes most everything else. Who exactly is leading the world in the right direction?”

Just minutes earlier Zhang posted a tweet mocking one of Taiwan’s ships. Tensions are high between the two countries after a controversial visit from House Speaker Nancy Pelosi.

She posted two pictures of Taiwanese frigate ROCS Lan Yang, and compared it unfavorably with those in use by China’s People’s Liberation Army (PLA).

Zhang added: “This is #Taiwan warship under the nose of #PLA – a museum piece.

“Yet someone wishfully plans to realize “Taiwan independence” with that!”

Pelosi arrived in Taiwan late on Tuesday, the highest-level visit from the U.S. in 25 years.

The move infuriated Beijing, which responded by announcing four-days of live fire exercises around the island in six zones, several of which overlapped with Taiwanese territorial waters.

Taipei said the move amounted to a de-facto blockade, with its military warning they were “preparing for war without seeking war.”

On Saturday the Taiwanese ministry of defense said Chinese warships and aircraft, taking part in exercises appeared to simulate an attack on their island.

In a statement it said: “Multiple batches of Chinese communist planes and ships conducting activities around the Taiwan strait, some of which crossed the median line.”

The median line is the unofficial maritime border between China and Taiwan, and a frequent point of tension.

A joint statement criticizing the Chinese military maneuvers was issued by U.S. Secretary of State Antony Blinken, along with his Japanese and Australian…