Anti-aircraft gunners shoot down second Russian helicopter over the weekend 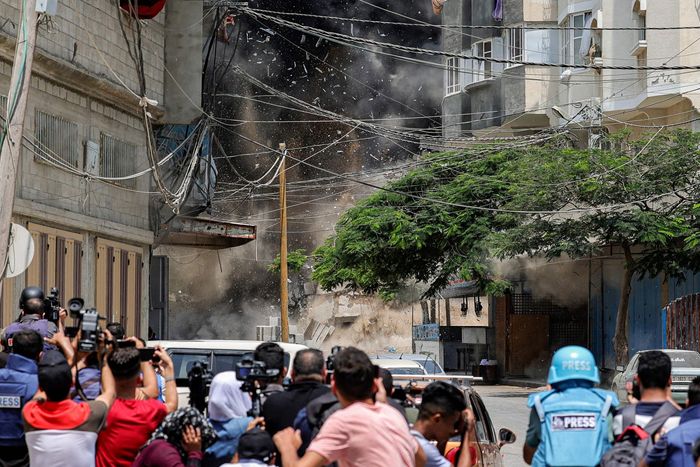 JERUSALEM–The United Nations and Egypt are pressing Israel and militants in Gaza to agree on an immediate cease-fire as both sides exchanged fire for a second consecutive day, raising fears of a wider conflict that would deepen civilian woes in the blockaded Palestinian enclave.

Israel’s military carried out airstrikes again Saturday targeting what it said were Palestinian Islamic Jihad members and sites across the Gaza Strip, killing at least 15 people, including a senior militant commander and a 5-year-old girl, since Friday. At the same time, Palestinian militants have launched hundreds of rockets at the country’s south and center, setting off air-raid sirens and sending thousands of Israelis to running bomb shelters.

Israel’s advanced defense systems have intercepted most of the rockets that crossed into Israeli territory, although a rocket struck a house in the southern city of Sderot on Saturday, causing some material damage. The bombardment in Gaza has been far more devastating, especially for civilians. Israel says it only targets militants.

Israel also closed its border crossing with Gaza when tensions rose earlier this week. With no access to shipments of diesel fuel, Gaza’s sole power plant shut down Saturday, meaning that Gazans will only have about four hours of electricity in the sweltering summer heat.

“We have to be quick, because the humanitarian situation will deteriorate in hours, not days. And then the pressure on Hamas [to act] will start rising,” a diplomat familiar with the cease-fire talks said, referring to the militant group that controls Gaza.

Islamic Jihad is seeking to “negotiate a way out of the situation,” he added, but noted that the talks have yet to see a breakthrough.

Egypt, which shares a border with Israel and Gaza, often helps mediate peace between the two neighbors. It played a critical role in brokering a cease-fire after a deadly…