I want my daughter to be proud to be Inuk. That’s why we return home to Great Caribou Island 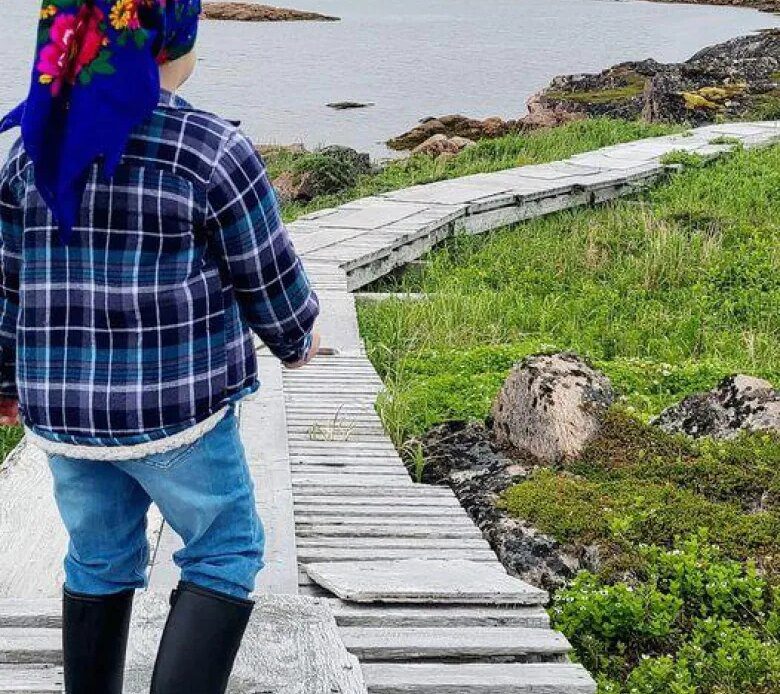 This is a First Person column by Monika Rumbolt, a visual artist who identifies as Inuk from Nunatukavut. She now lives in Labrador City, N.L., with her spouse and daughter. For more information about CBC’s First Person stories, please see the FAQ.

It felt like a cool autumn afternoon, as northerly winds whipped across the stern of the boat, leaving streaks of briny ocean water against the windshield.

But it was actually late June as my atâtatsiak (grandfather) navigated the shallow ridges along the coastline, occasionally looking up from his conversation with my grandmother to make minor adjustments to his route. Not many would venture out into these rough waters without the help of a seasoned fisherman. However, my grandparents have navigated this route to Great Caribou Island for more than 40 years.

I’m a sixth-generation islander. We were going to our seasonal camp, Indian Cove. Located in southern Labrador, the small settlement is about a 30-minute boat ride from Mary’s Harbour. Like nearby Battle Harbour, its tiny homes are nestled among the rocky hills bleached from the sun. During the height of the cod fishery, the community housed several stores, a church and a school. Now the only thing that remains is some neatly kept cottages and blue fig irises.Most of my favourite childhood memories were created here.

As we reached my grandfather’s stage, where we could clean our catch, my daughter Abigail squealed with excitement.

She was three, and her sense of wonderment had surpassed my own at her age. I knew it was time to begin passing on what I knew about our culture to her.

Passing on knowledge can be tricky. It’s not like a family recipe you can write on a scrap of paper in the hopes of using it later. It’s a mixture of learned behaviours and lessons that stem from blood memory and curiosity.

A simple walk along the rocky shore teaches agility and balance, while beachcombing enables the senses to become more alert and focused — all highly valued skills as a hunter in northern climates. Being a relatively young mother myself, I felt nervous and unprepared. I was still on my own journey to reclaiming my identity.