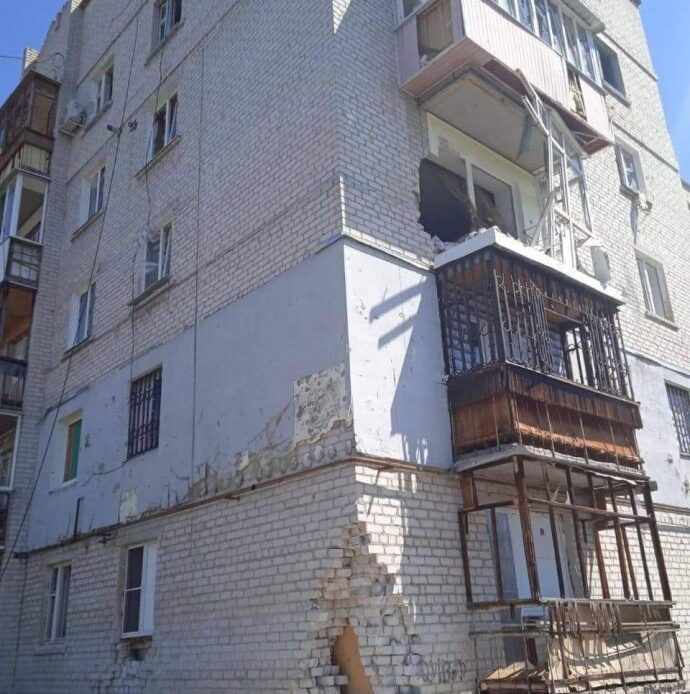 Serhii Haidai, head of the Luhansk Oblast Military Administration, has said that the invaders in the destroyed settlements are canvassing using propaganda to lure people to the so-called referendum for the annexation of the Luhansk region to Russia, under the pretext of providing food and building materials.

Quote from the head of the Oblast Military Administration: “An intensified ‘propaganda and explanatory component’ of the preparations for the ‘referendum’ on Luhansk Oblast’s entry into the Russian Federation is currently underway in the region.

The occupation authorities and a collaborationist social movement, under the guise of providing food or construction materials, are organising meetings with the population of the recently occupied territories of the region.”

Details: Haidai said that the invaders are extorting residents’ personal data and urging them to go to the so-called “referendum”, forcing people to “exchange their free will for food, drinking water and sheets of OSB [oriented strand board – ed.].”

Meetings like this are being held by the invaders in Lysychansk, Sievierodonetsk, Popasna, Rubizhne, Hirske, Zolote and settlements in these hromadas (Amalgamated Territorial Communities).

As for the situation at the front, Haidai said that Russian forces continue to attack, but Ukrainian defence forces are inflicting losses on them on all fronts.

In the course of the day on 5 August, Russian forces fired 5 rockets in the area of the front between the Luhansk and Donetsk oblasts, and in addition, the occupiers fired their tubed and rocket artillery 6 times.

The invaders fired mortars three times, while the assault actions of the Russians were supported by tank fire and aircraft.

The Russians tried to capture more favourable lines on several fronts and improve their tactical position, but were forced to withdraw.

The invaders are now advancing towards Bakhmut and fighting continues.