In Taiwan, Life Goes On Under Barrel of China’s Gun 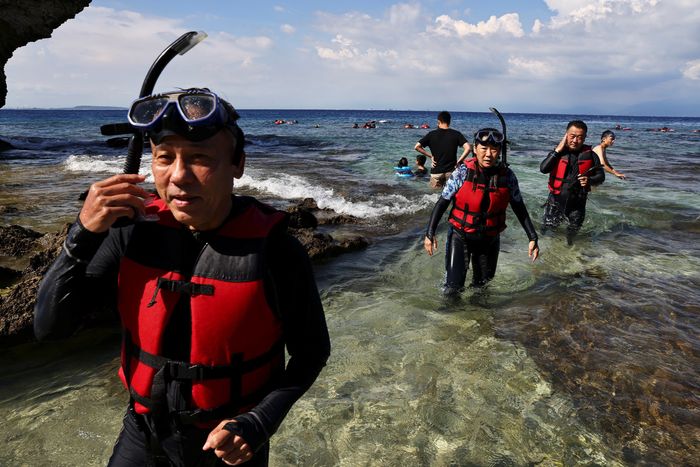 TAIPEI—Liuqiu, a short high-speed ferry ride from the southern Taiwanese town of Donggang, draws day trippers to its coral-fringed beaches, laid-back atmosphere and scenic lookouts. This week, some visitors headed to the southernmost tip of Sunset Pavilion hoping for a more dramatic view: Chinese battleships and jet fighters practicing for a war over control of their homeland.

Democratic Taiwan is encircled by the fleet of Communist-ruled mainland China, part of Beijing’s response to a visit Wednesday by U.S. Speaker

The four-day drill simulates a blockade of the main island, with live firing in demarcated zones—one of which is less than 6 miles from the Liuqiu lookout, where local businessman Kevin Tseng said dozens of visitors gathered with their cameras Thursday afternoon.

“They were there to watch the fun,” said Mr. Tseng, adding that the drills have had no noticeable impact on his scooter-rental business, with just one group citing them when they texted to cancel a booking. Otherwise, everyday life on the island goes on as usual, he said.

“If they really attack us, there’s nothing I can do about it, so I just relax and take it easy,” the 40-year-old said.

forces over the nationalists, who retreated there in the late 1940s. Most of Taiwan’s 23 million people disagree: The island has been a bastion of democracy and liberal values in the region for decades, a linchpin in the global semiconductor supply chain and, for China’s Communist Party, an awkward model of an alternative for the 1.3 billion people living under its autocratic rule.

After Mrs. Pelosi ignored Beijing’s repeated warnings not to visit, Chinese social media was flooded with demands for a forceful response. Extensive coverage…