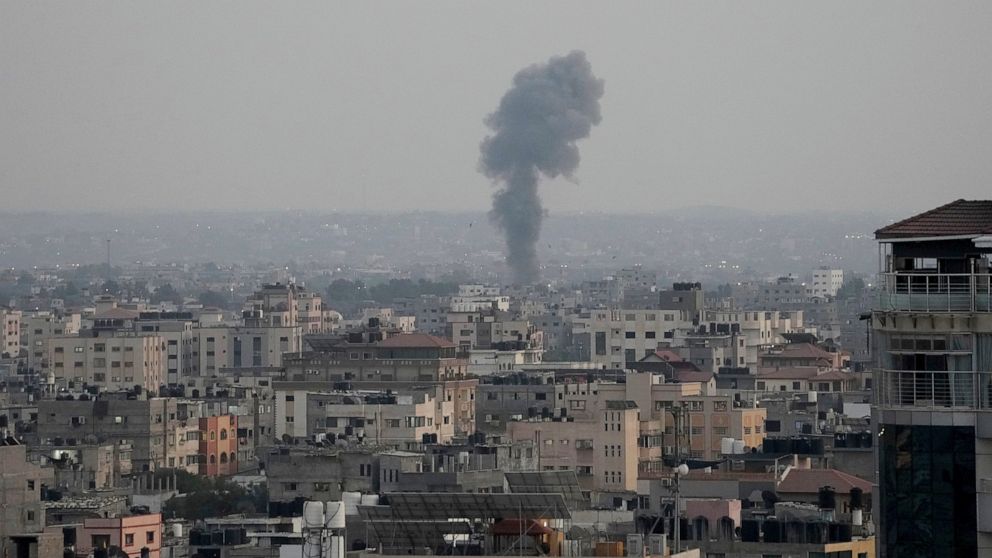 GAZA CITY, Gaza Strip — Israeli jets pounded militant targets in Gaza on Saturday and rocket barrages into southern Israel persisted, raising fears of an escalation after a wave of Israeli airstrikes on the coastal enclave killed at least 12 people, including a senior militant and a 5-year-old girl.

The fighting began with Israel’s killing of a senior commander of the Palestinian Islamic Jihad in a strike Friday. Gaza’s Hamas rulers so far appeared to stay on the sidelines of the conflict, keeping its intensity somewhat contained, for now. Israel and Hamas have fought four wars and several smaller battles over the last 15 years at a staggering cost to the territory’s 2 million Palestinian residents.

Shortly before noon Saturday, Israeli warplanes stepped up airstrikes. After warning residents in phone calls, fighter jets dropped two bombs on the house of an Islamic Jihad member in a residential area of Gaza City, flattening the two-story structure and badly damaging surrounding homes. Women and children rushed out of the area, and there were no casualties.

“Warned us? They warned us with rockets and we fled without taking anything,” said Huda Shamalakh, who lived next door. She said 15 people lived in the targeted home.

Another airstrike hit an Islamic Jihad site nearby. Gaza militants continued to launch rounds of rockets into southern Israel around every half hour, though there were no reports of casualties.

The lone power plant in Gaza ground to a halt at noon Saturday for lack of fuel as Israel has kept its crossing points into Gaza closed since Tuesday. The shutdown deepens the densely packed territory’s chronic power crisis amid peak summer heat. With the new disruption, Gazans can get only 4 hours of electricity a day, increasing their reliance on private generators.

The latest round of Israel-Gaza violence was sparked by the arrest this week of a senior Islamic Jihad leader in the West Bank, part of a monthlong Israeli military operation in the territory. Citing a security threat, Israel then sealed roads around the Gaza Strip and on Friday killed Islamic Jihad’s commander for northern Gaza, Taiseer al-Jabari, in a targeted strike.

An Israeli military spokesman said the strikes were in response to an “imminent threat” from two militant squads armed with anti-tank missiles.

“This government has a zero-tolerance policy for any attempted attacks — of any kind — from Gaza towards Israeli territory,” Israeli Prime Minister Yair…