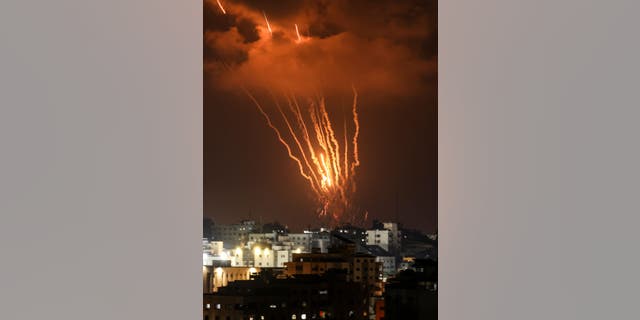 Israeli airstrikes flattened homes in Gaza on Saturday and Palestinian rocket barrages into southern Israel persisted for a second day, raising fears of another major escalation in the Mideast conflict. Gaza’s health ministry said 24 people had been killed so far in the coastal strip, including six children.

The fighting began with Israel’s killing of a senior commander of the Palestinian Islamic Jihad militant group in a wave of strikes Friday that Israel said were meant to prevent an imminent attack.

So far, Hamas, the larger militant group that rules Gaza, appeared to stay on the sidelines of the conflict, keeping its intensity somewhat contained. Israel and Hamas fought a war barely a year ago, one of four major conflicts and several smaller battles over the last 15 years that exacted a staggering toll on the impoverished territory’s 2 million Palestinian residents.

Whether Hamas continues to stay out of the fight likely depends in part on how much punishment Israel inflicts in Gaza as rocket fire steadily continues.

The Israeli military said an errant rocket fired by Palestinian militants killed civilians late Saturday, including children, in the town of Jabaliya, in northern Gaza. The military said it investigated the incident and concluded “without a doubt” that it was caused by a misfire on the part of Islamic Jihad. There was no official Palestinian comment on the incident.

A Palestinian medical worker, who was not authorized to brief media and spoke on condition of anonymity, said the blast killed at least six people, including three children.

Earlier on Saturday, Israeli warplanes struck four residential buildings in Gaza City, all locations apparently linked to Islamic Jihad. There were no reports of casualties. In each case, the Israeli military warned residents ahead of the strikes.

Another strike Saturday hit a car, killing a 75-year-old woman and wounding six other people.

In one of the strikes, after the warnings, fighter jets dropped two bombs on the house of an Islamic Jihad member. The blast flattened the two-story structure, leaving a large…