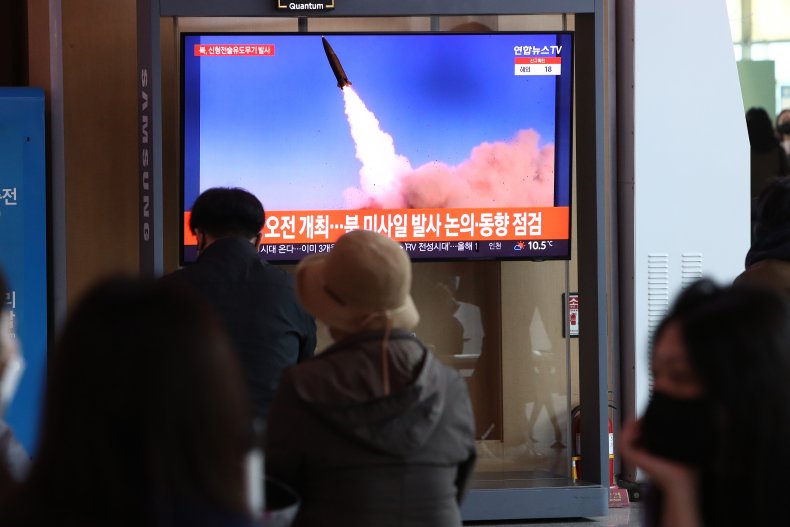 Colin Kahl, the U.S. under secretary of defense for policy in the Biden administration, has warned that four countries are standing in the way of eliminating nuclear weapons.

The Pentagon official pointed to the nuclear threats posed by Russia, China, North Korea and Iran.

His comments come as an Iranian opposition group told Newsweek that Tehran will not abandon its plans to obtain a nuclear bomb even as talks resumed in Vienna on Friday over the country’s atomic program.

Kahl said on Friday that curbing a nuclear arms race was its most challenging since the end of the Cold War.

At the Nuclear Non-Proliferation Treaty (NPT) Review Conference in New York, he cited the rhetoric from Russia following its invasion of Ukraine as one of the examples of barriers to eliminating nuclear weapons.

The NPT is a deal aimed at preventing the increase of nuclear weapons and to promote cooperation in the peaceful use of nuclear energy.

China’s rapid expansion of its nuclear weapons capabilities and response to the visit to Taipei by U.S. Speaker Nancy Pelosi, which was followed by large-scale military drills in the Taiwan Strait, posed another impediment to NPT aspirations, according to Kahl.

He also raised the alarm over North Korea’s nuclear tests, as well as Iran’s refusal to return to the Joint Comprehensive Plan of Action (JCPOA), the 2015 nuclear deal which former president Donald Trump pulled the U.S. out of.

Kahl told the conference on Friday that the U.S. “recognizes and reaffirms that a nuclear war cannot be won and must never be fought,” according to a readout of his speech.

He said that the unclassified versions of the Pentagon’s National Defense Strategy (NDS) and Nuclear Posture Review (NPR) should be made public.

They reveal a commitment to providing a nuclear deterrent for the U.S. and its allies, a push for arms control agreements and further talks among nuclear states to reduce the chance of a nuclear war.

He said that while the U.S. would continue to engage with “other nuclear armed states where possible to reduce nuclear risks,” there were “realistic expectations” over how to reduce risk and provide transparency.

A UN report has said…