President sets up working group to collect reparations from Russia 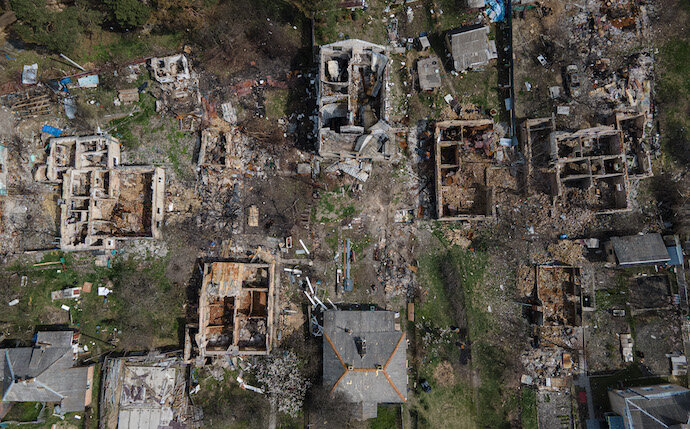 A special working group headed by Andrii Yermak, head of the Office of the President, has been established in Ukraine. The group is made up of representatives of Ukraine’s Cabinet of Ministers and Ukrainian and foreign international lawyers who will facilitate the process of collecting compensation for damage caused by the war.

This was announced by the press service of the President’s Office.

The group, headed by Andrii Yermak and comprising representatives of Ukraine’s Cabinet of Ministers of Ukraine as well as Ukrainian and foreign international lawyers, has been set up in order to execute the compensation collecting mechanism. Yermak is also working with Michael McFaul in a group which deals with sanctions against Russia.

During a meeting, the negotiation process for the enforced exaction of Russian assets was discussed. Work is currently underway on setting up the special compensation commission through the conclusion of a multilateral international agreement with Ukraine’s partners.

This commission will be able to consider applications for compensation for damage caused by the war. In addition, Ukraine is conducting talks with international partners concerning frozen Russian assets that will subsequently be used to pay reparations.

Another important step in this direction was the resolution signed on 22 June by the Parliamentary Assembly of the Council of Europe. Its aim is to facilitate the comprehensive implementation of the institutional compensation mechanism.

The President remarked that today our partners have no doubts about the need to create international compensation mechanisms; the only issue is finding a legal mechanism to implement them.

Read also: Why the mechanism for exacting assets from Russians and their accomplices doesn’t work in Ukraine

The Cabinet of Ministers has approved a draft Presidential decree on the confiscation of 903 facilities in Ukraine which belong to Russia.

Belgium has frozen €50.5 billion worth of funds belonging to individuals, companies and other legal entities that were sanctioned after the start of the Russian invasion of Ukraine.