Pride on the canal: Huge crowds at Amsterdam water parade 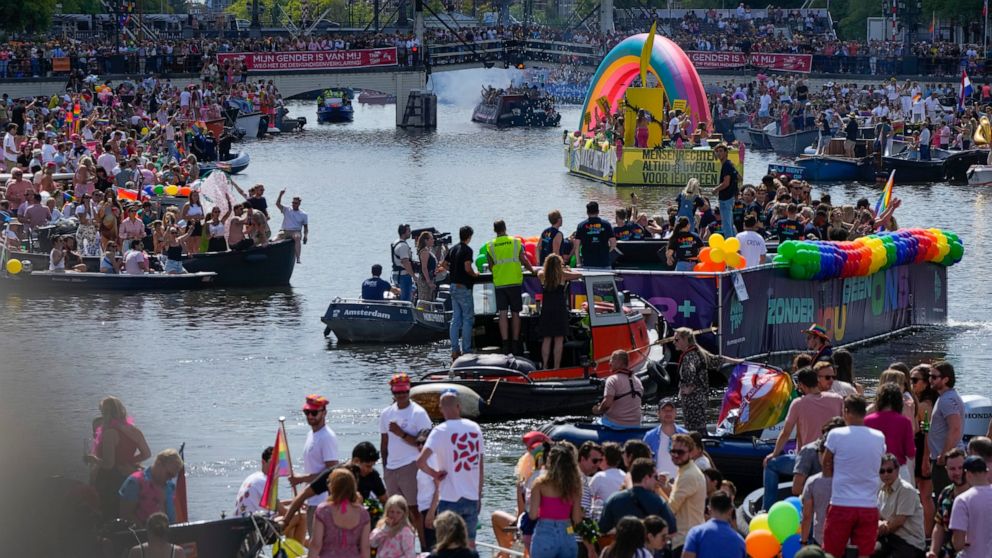 The boats representing rights groups, bars, clothing brands and even the Dutch military made their way slowly through the waterways in a resumption of the hugely popular LGBTQ Pride event that had been canceled for two years amid the COVID-19 pandemic.

“We are looking forward to a special edition where ‘being who you are and loving who you want’ is the norm and the struggle for equal rights is the message,” Amsterdam Pride director Lucien Spee de Castillo Ruiz said.

Spectators were packed several people deep along the Dutch capital’s canals and bridges to watch the 25th version of the parade that was the the highlight of the city’s nine-day Pride event.

Earlier, Dutch police stopped a boat supporting farmers protesting government climate plans to cut nitrogen emissions from joining the parade. Only 80 boats were allowed to take part and they had to register ahead of time.

The farmers’ boat was decorated with flags saying “Proud of the Farmers” and “No farmer, no food.” On board was a person in a cow costume and others wearing pink clogs and pink cowboy hats.