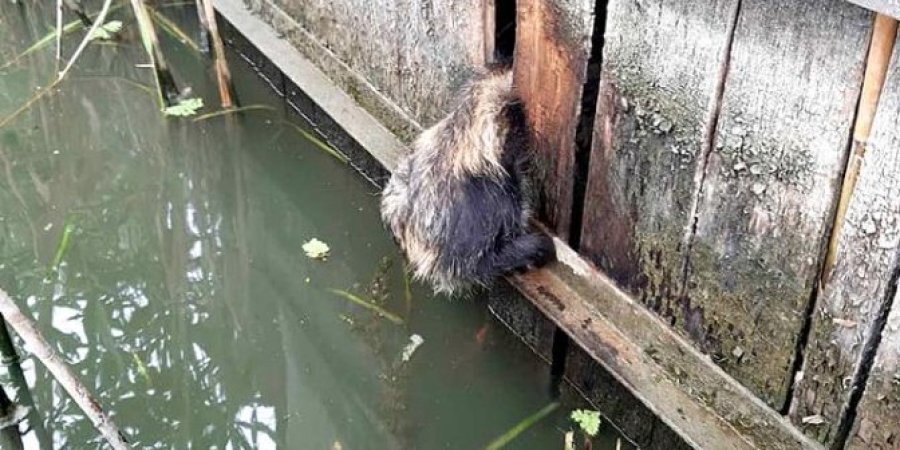 A
surprisingly rotund raccoon dog got stuck in a fence surrounding a resort in
the town
of Bilyaivka in Odesa Oblast, Ukraine’s State Emergency Service (DSNS) reported
on Facebook on Aug. 3.

DSNS was forced to rescue the creature after it had attempted to gain entry to the Prystan resort. The animal had seemingly failed to account for its own proportions, and was unable to make its way free of the fence on its own.

“Within a few minutes, our guys arrived at the Urudorova River, quickly reached the place by boat, and freed this ‘bad boy’ from the trap,” the post reads.

Later, the DSNS website reported that the rescuers had transferred the animal to a local zoo.

“We couldn’t just leave him alone, especially in this state, so we brought him to Odesa and handed him over to the zoo, where he had already undergone an examination, was given injections, and even managed to find a new home,” the agency said.

“He will live. Because life always wins!”

Earlier, the Kyiv Zoo shared the story of the yellow-bellied slider turtle Tora, which survived the shelling of a residential building in the Obolonskyi district of the city.