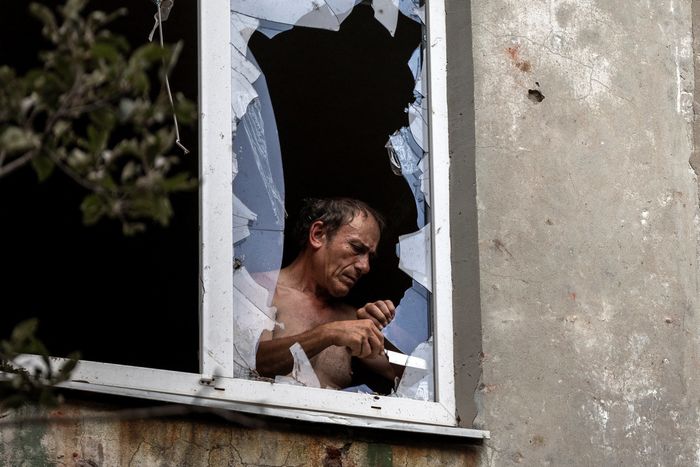 Russian forces pressed their offensive in Ukraine’s eastern Donetsk region on Saturday, pushing on the city of Bakhmut as Kyiv tries to seize the initiative by opening a front in the south.

The General Staff of Ukraine’s armed forces said Russia was deploying tanks, artillery and jet fighters to support an advance on Bakhmut and Avdiivka. Authorities in the so-called Donetsk People’s Republic—a Moscow-backed statelet formed in 2014—said its troops had occupied several bridgeheads in the nearby town of Soledar and were conducting reconnaissance in Bakhmut.

The office of the Ukraine’s prosecutor general in the Donetsk region said it had detained two collaborators who were passing on information about the location of Ukrainian forces there to Russia.

After completing their takeover of the eastern Luhansk region last month, Russian forces have set their sights on territory still under Ukrainian control in the neighboring Donetsk region, which together with Luhansk forms the area known as Donbas. But the campaign has slowed since heavier weapons from the West began reaching the front line, enabling Ukraine to strike Russian command posts and ammunition depots.

At the same time, Ukraine has announced a counteroffensive in the south, compelling Moscow to redeploy some of its forces there. Using high-precision long-range artillery supplied by the U.S., Kyiv has in recent weeks targeted bridges across the Dnipro river in a bid to cut off Russian forces in the Russian-controlled Kherson region.

On Saturday, assailants in the region shot and seriously wounded a local Moscow-installed official, Russian state news agencies reported, citing the Russian-installed government in Kherson. Ukraine considers officials who work with the Russians to be traitors, and several of them have been assassinated in occupied territories in recent months.