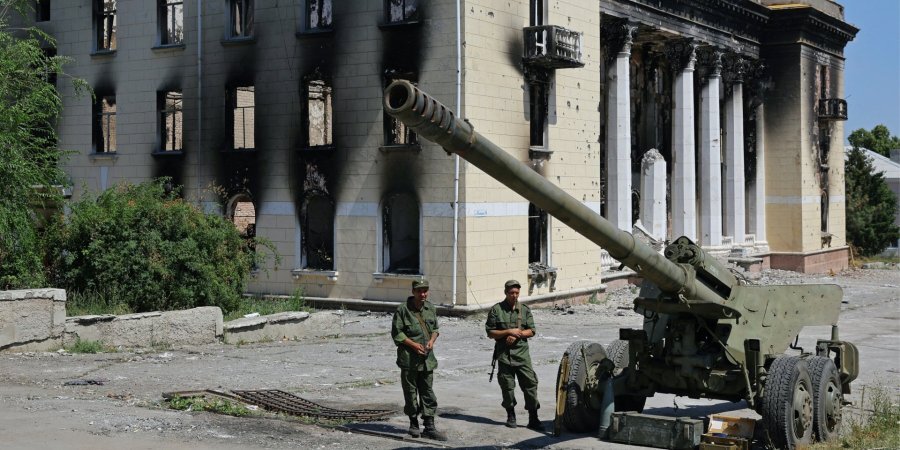 Moscow is looking to sign Ukrainian citizens in
occupied Luhansk Oblast to up for a planned sham Russian “referendum”, and is doing under the guise of distributing food supplies to locals, regional
governor Serhiy Hayday said in a Telegram post on Aug. 6.

According to Hayday, this is what Russian troops are reported to be doing in Lysychansk, Severodonetsk, Popasna, Rubizhne, Hirske, Zolote, and other nearby settlements.

“(Russian) invaders have effectively razed these cities, driving hundreds of thousands of people into homelessness, prompting 90% of them to evacuate,” said the governor.

“Many of those who chose tor remain now live in cellars and shelters. First, they were ‘liberated’ from everything they had, and are now coerced to participate in (the Russian) quasi-referendum.”

According to Hayday, Moscow’s forces are ramping up their propaganda efforts to convince civilians to register for the planned poll, which would have Luhansk Oblast officially ask to become part of Russia.

“Under the guise of distributing food or construction materials, the occupation ‘authorities’ are organizing meeting with the population of occupied (Ukrainian) territories,” Hayday said.

“They gather personal information and urge folks to participate in the so-called referendum, effectively suggesting people trade their freedom for food, water, and OSB plates (construction material, similar to plywood).”