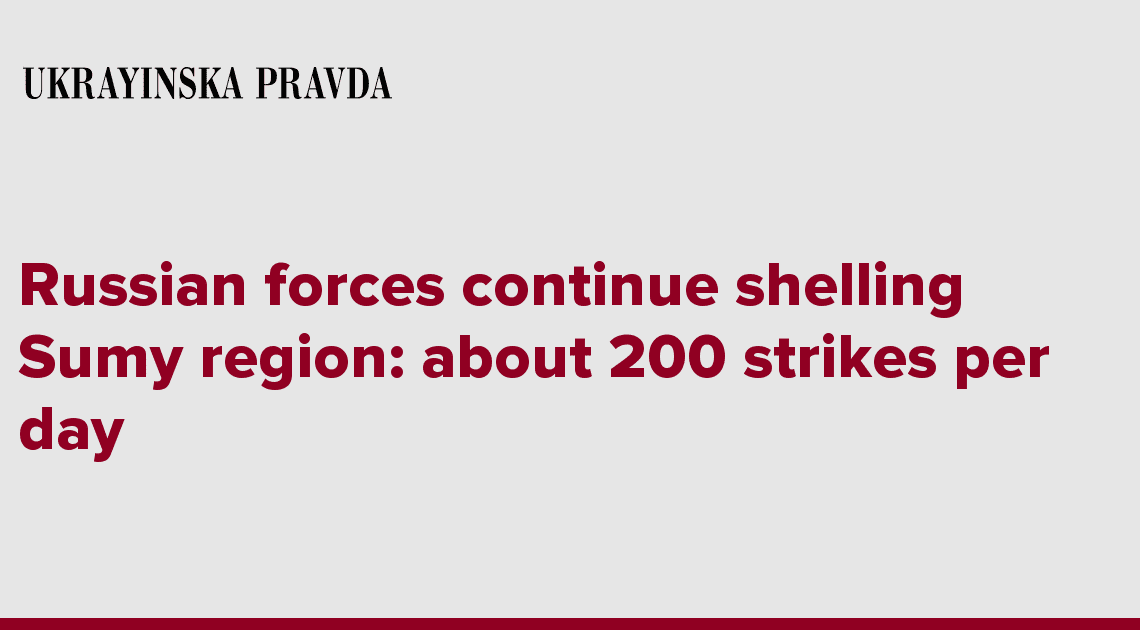 During the day of 6 August, Russian troops shelled hromadas (amalgamated territorial communities) of the Sumy region using artillery, mortars and grenade launchers – about 200 strikes were recorded.

Quote from Zhyvytskyy: “Today, in one day, the Russians shelled the territories of Esman, Hlukhiv, Buryn, Shalyhyne, Bilopillia and Mykolaiv. About 200 incoming strikes were recorded.”

Details: At about 11:00, there was shelling from grenade launchers with 10 strikes and also firing from small arms (several machine-gun bursts) in the hromada (amalgamated territorial community) of Hlukhiv.

Esman hromada: there was artillery shelling of the territory from 10.40, with 15 strikes.

Between the settlements in the hromadas of Bilopillia and Buryn, the Russians fired artillery from 11:00, with 38 strikes..

Shalyhyne hromada: after 11:00 there was artillery shelling (40 strikes), at 12:33 the shelling continued (probably using self-propelled guns), with 40 strikes.

Mykolaiv hromada: twice a day, the Russians shelled the populated areas of the community: after 19:00 it was mortar fire (7 strikes), and at 19:45, it was artillery fire (preliminary information indicates the use of self-propelled guns, with 20 strikes).

According to the head of the Oblast Military Administration, fortunately, there were no casualties in all cases.

Information concerning damage is being confirmed.