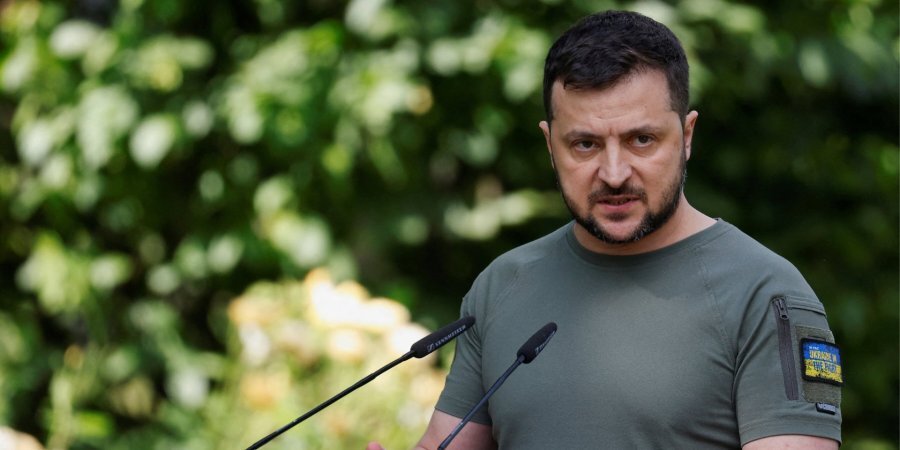 The
head of state stressed that the army of the terrorist country of
Russia twice in one day created another extremely risky situation for
everyone in Europe.

“This is the largest nuclear power plant on our continent,” said Zelenskyy.

“And any shelling of this object is a frank, daring crime, an act of terror. Russia should bear responsibility for the very fact of creating a threat to nuclear power plants.”

Zelenskyy added that the actions of the invaders are another argument in favor of recognizing Russia as a sponsor of terrorism and imposing tough sanctions against the Russian nuclear industry, since “those who create nuclear threats to other peoples are definitely incapable of safely using nuclear technologies themselves.”

On Aug. 5, Russian troops fired twice at the ZNPP. According to Ukraine’s state-owned nuclear plant operator, Energoatom, during the second attack, the invaders hit a station site near one of the power units where a nuclear reactor is located, thus creating a threat of hydrogen and radiation leakage.

The ZNPP is the largest nuclear power plant in Europe. It, and the surrounding town of Enerhodar, were captured by Russian forces on March 4. ZNPP facilities were damaged by Russian shelling in several places, and Energoatom employees were taken prisoner, though they still continue to maintain nuclear safety as much as possible.